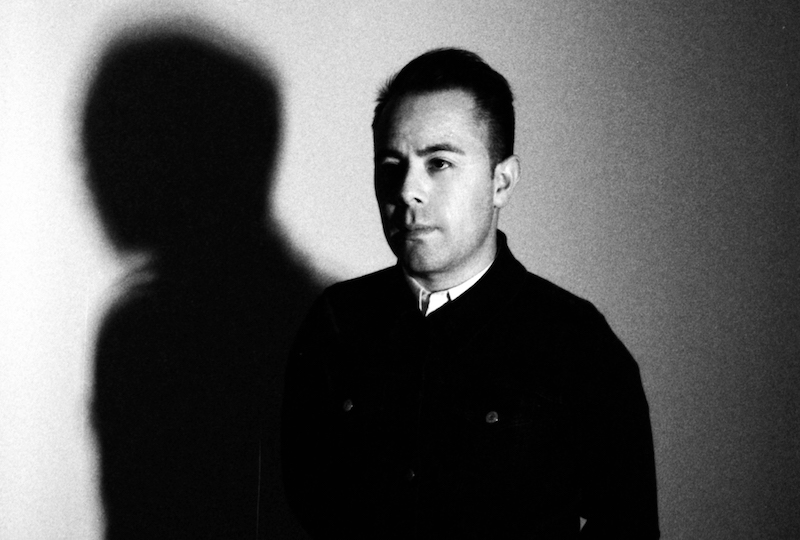 Juan Mendez has made a lot of music under a lot of different names. The Los Angeles-based musician and producer has released techno as a member of Sandwell District, post-punk and darkwave as a member of Tropic of Cancer, and minimal synth-punk as a part of Sandra Electronics, as well as running the label Jealous God until its recent end. As Silent Shadow, however, he’s crafted a singular sonic world that combines the intensity and harshness of industrial with the hypnotic beats and sequences of techno. His latest album, Shadows of Death and Desire, is something that Mendez refers to as the culmination of all his influences, from The Jesus and Mary Chain to DAF and Detroit techno. “They’re all aspects of who I am,” he says.

We spoke to Mendez about what led to creating his first album in six years, his work as a DJ, and the sordid influence of Los Angeles on his music.

Treble: You’ve been involved in a lot of different things since your last album as Silent Servant—what all have you been doing?

JM: I’m not really the type of person that works on music all the time. I just kind of worked on it more of as a project-based kind of thing. For me, the record was kind of, to be honest, something that I felt like I needed to do. Did I really need to do it? I’m not sure. It was probably kind of a cathartic experience. I’ve just been DJing. I did other work and stuff too. I’ve just been doing other things. I was running the label, and running a label you don’t have time to do other things.

Treble: What led to the decision to wrap up your label, Jealous God?

JM: I think it just ran its course. For me, it served its purpose for a time and a place. You can only do so much.

Treble: Has putting more time into DJing informed your music?

JM: Not necessarily. DJing is just a job. At least the way that I view it. You have to do something when you show up, you can’t just look down and play around. For me, I DJ at bars all the time in LA. In the culture I grew up in, if you didn’t keep a floor moving, then you’d get kicked off. So, not necessarily. I do what I can with what I have. It doesn’t really inform what I do, I just try to do the best with what I have. I’ve been lucky enough to work at good clubs where the music I make is well received. Which isn’t always the case. It’s really funny when you try to play your own records and it doesn’t work. Like, ‘Oh shit, that didn’t do what I wanted it to.”

Treble: When did you begin work on Shadows of Death and Desire?

JM: I tried to do it last year, but totally failed. So basically, I just stopped. I took a two-month hiatus from everything and thought I’d be able to do it. And it just didn’t happen. So basically I kind of stopped and took a break. I started in December last year and was able to formulate-most of the record was done in January. Three weeks total was the core, and then two weeks of finishing and adding parts I thought were missing. It’s kind of directly influenced by my headstate at the time. Buried emotions kind of informed the record.

Treble: Did you have any specific objective with the record?

JM: I wanted to do something that I hadn’t necessarily done. When I started making the record I realized it sounded exactly like the last one and I had to stop. So, I didn’t want that to happen.

Treble: This is your second record with Hospital Productions (the label run by Prurient’s Dominick Fernow)—how did you and Dominick end up working together?

JM: Basically, I met Dominick a couple years before the record (2012’s Negative Fascination) came out. I’m from the West Coast, so I didn’t go to the original store. I’m not really like a noise person, I don’t listen to a lot of noise music. I can’t say I’m a power electronics aficionado. I grew up DJing and got into alternative forms of music, like My Bloody Valentine or German new wave. But I’ve always enjoyed certain elements of noise music. But I met Dom, and we met up and had dinner. I was into the Vatican Shadow stuff, and he said something in an article about Sandwell District, and I thought that was cool. And we just became friends after that.

Treble: Your music carries a lot of menace and darkness to it—what draws you to that kind of mood or aesthetic?

JM: A lot of that stuff is just reactions. Reactions to life stuff. That’s just how I write. I’m not attracted to darkness per se. Melancholy, yes. I don’t know. I don’t wear shirts with upside-down crosses and shit. It’s not what it’s about with me. It’s more about an emotional response. A connection. There’s a side of my life that’s always been drawn to that, I think partially because I’m Hispanic. Like, Latin ballads, it all comes from the same place. I’m not a dark person, like “Fuck everything!” That’s why the last song on the record is called “Optimistic Decay.” That’s something I wanted to try with this record—a sense of optimism.

Treble: How does Los Angeles inform your music?

JM: There’s a lot of beauty in the underbelly of what the city is. The tragedy of b-movie film stars or James Dean. All that stuff has always informed me as a person. But my parents came here for a reason—the thought of the west as a possibility of a new future in a way. Reinventing yourself or finding a new life. LA has always had that for me. Other cities do that for other people. But LA does that for me.

JM: Yeah. It’s all drum machine music at the end of the day. Everything from New Order to Detroit techno—anything like that, they all use drum machines. It’s all electronic music. If it’s sequenced, you can dance to it and you can mix it. That’s how I look at it.