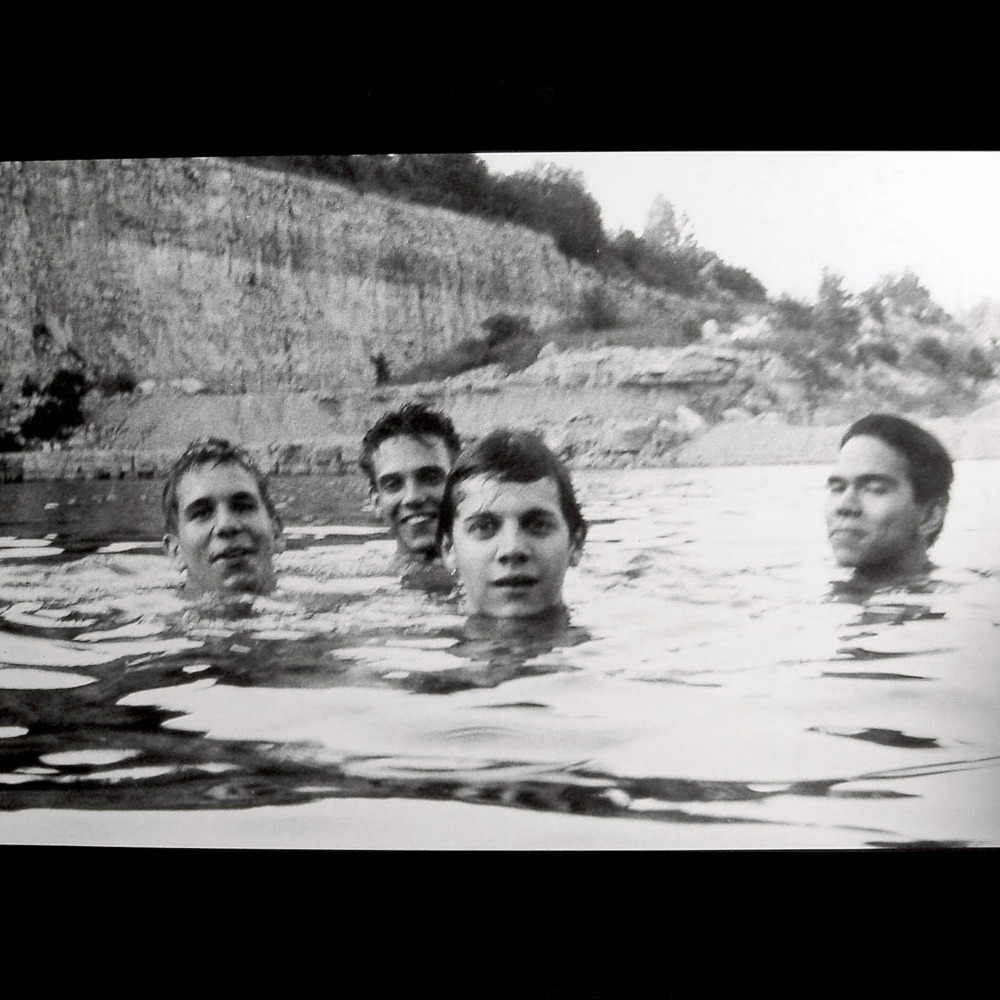 Few folkloric mysteries are quite as eerie as that of a ghost ship. When a ship’s complement goes missing, there’s usually only one direction they could have gone, but something about an empty ship adrift in open waters feels more strangely chilling than the typical whodunit. When there’s nothing but ocean in any direction, the prospects feel particularly grim.

Slint‘s Spiderland is a ghost ship in the form of a rock album (or a post-rock album if such distinctions are necessary), a hollow vessel coasting forward long after the band that made it faded into the background. Not that they literally disappeared—most of the band’s members all went on to make music, David Pajo in particular having a prolific career in a number of different bands and solo projects. Yet the myth of Spiderland, over time, became bigger than the band. In fact, Slint broke up shortly after its release, having played only a few dozen shows, and the weird, haunting music they created on this second and final document as a band created outlandish legends in the absence of any real information—that the making of the album resulted in everyone in the band being institutionalized. There was another, even less credible story, about the members of the band dying in a car accident, but that one was pretty easy to debunk, seeing as how they’re all still alive. The lore about Spiderland is scary campfire story fare, the kind of strange legend that only exists when a band doesn’t bother to make the effort to ruin the mystique.

With Spiderland, the music does most of the heavy lifting. It’s a peculiar, chilling set of songs. The drumless “Don, Aman” is an eerie moment of stillness and anxiety, “Nosferatu Man” lives up to its vampiric title through David Pajo’s jarring guitar squeals, and “Washer” is at once a beautiful and intimate depiction of depression. They feel less like songs and more like phantoms caught on tape. But its closer, the epic showpiece “Good Morning, Captain,” is the one that most literally retells haunted maritime lore, its lyrics alluding to “Rime of the Ancient Mariner” and its intense climax one of the most blood-curdling moments in recorded music.

By all accounts, Louisville, Kentucky’s Slint were fairly normal, even goofy guys around the time they started playing music together. Vocalist Brian McMahan and Britt Walford had played together in Louisville punk band Squirrel Bait, and Walford was even the inspiration behind the chorus of The Jesus Lizard’s “Mouth Breather”—”He’s a nice guy, I like him just fine/But he’s a mouth breather” were the actual words Steve Albini said when Walford reportedly caused a flood while housesitting. But this isn’t music that reflects these funny, awkward moments—it’s soul-wrenching material that comes from somewhere much deeper, somewhere most of us won’t touch.

“Good Morning, Captain” portends something dark from the icy ring of its opening chords. In a little under eight minutes, the band plots out a slow-motion course of hallucination and torment, McMahan delivering spoken-word imagery as if his face were lit from below with a flashlight: “Scattered remnants of the ship could be seen in the distance/Blood stained the icy wall of the shore.” The tense voyage is as much one of a personal isolation and internal struggle as it is an interpretation of Samuel Taylor Coleridge’s epic poem.

A first listen doesn’t quite prepare anyone for its climax, however. Throughout the song, McMahan’s vocals are reserved, spoken rather than sung, sometimes barely audible. He narrates the song but he’s as much part of the scenery as the one guiding the voyage. But there’s a brief break as the song nears its end, McMahan muttering, “I’ll make it up to you, I swear I’ll make it up to you…“, and then the tension is broken with a scream that would reverberate for the next three decades: “I MISS YOU!” It’s a scream of desperation, a scream of helplessness—the kind of blood-curdling scream that inspires its own telephone-game folklore.

“Even after all this time, those screams gives me the chills,” Pajo told The Guardian. “If Brian hadn’t made himself vulnerable on that record we wouldn’t be talking about it now. It would have just been an interesting album of instrumentals, but he wore his heart on his sleeve.”

Those screams you hear are as close to an actual exorcism as you’re likely to hear on an actual piece of music. McMahan said he had an “out of body experience” during the recording, and ran to the bathroom afterward, with the explanation “I got sick.”

Which leads us back to the myths surrounding Spiderland. Here’s the surprising part: They’re actually true—sort of. Nobody died, obviously. But McMahan did check himself into a psychiatric hospital while he was struggling with anxiety, and was separately hospitalized on another occasion after being hit by a car. Certainly the stories were overblown and exaggerated, by they’re still rooted in very real experiences of trauma. The band’s since reformed and toured several times, even performing their cult-classic album in its entirety at festivals, which perhaps removes it from its unsettling context, if temporarily—I saw Slint play Spiderland at FYF Fest a few years back during the daytime (“Good Morning, Captain” was their closer), which was still amazing, but would have felt more appropriate once the sky had gone dark.

Put “Good Morning, Captain” on after midnight at home, when the world is still and the mercury drops, and don’t be surprised if those phantoms come back creaking out of the hull.

Support our Site: Become one of our monthly patrons on Patreon, or help fund our Indiegogo, and help support an independent media resource while gaining access to exclusive content, shirts, playlists, mixtapes and more.