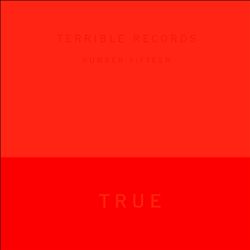 As 2012 came to be known as the year of Frank Ocean, a cadre of contrarians clucked dismissively at a phenomena often cited as “blog-approved R&B.” The nut of the suspicion concerns the idea that soul music that appeals to an indie crowd is at best tokenistic, or at worst, caters to a hipster-friendly crowd (and by extension, maybe less genuine). This is, essentially, judging music by its audience, which both ignores the artist’s merits and actually sort of insults the listener. If such a critique had anything to do with actual connections to indie rock, however, it has largely evaded Solange Knowles, a singer whose musical journey has found her sharing bills with Of Montreal and releasing records on Terrible Records, run by Grizzly Bear’s Chris Taylor. She’s released a cover of Dirty Projectors’ “Stillness Is the Move,” yuks it up to Hipster Runoff and — oh yeah! — dropped a truly stunning EP at the tail end of 2012 (in physical release this week), titled True, nimbly blurring the lines between traditional R&B and underground electronic sounds.

The rare singer able to brandish her indie cred while maintaining a reputation of being born into a clan for whom R&B is the family business, Solange toes a pretty fascinating line between more commercial pop and an ethereal, experimental form of soul that has more in common with the likes of Jessie Ware than her big sis. She’s not necessarily re-writing the rules or anything — True is atmospheric and dreamy, but never willfully difficult or outright bizarre. Knowles was once signed with Interscope and releasing more commercial, if oddly conceptual, albums, after all. Here, however, the accessibility of her work isn’t abandoned, but subverted by chilly electronic textures and ’80s-style new wave funk, courtesy of producer and songwriting partner Devonté Hynes.

Hynes and Knowles, equal partners on this particular project despite Solange getting the marquee credit, offer up a concise if thoroughly compelling set of synth-funk and new wave soul. The biggest and most revelatory of these seven tracks is the first of the bunch, “Losing You,” a gorgeous, melancholy single that has since topped a few year-end lists, vibrant and versatile beyond anything the singer’s done to date. But for how good the song feels, at its heart it’s bittersweet, chock full of regret, as Knowles asks, “Tell me the truth, boy, am I losing you for good?” She doesn’t deliver it with melodramatic anguish but with a kind of restrained, graceful honesty — soulful, but just this side of stoic.

And yet, there’s a lot of broken hearts to go around on True, some of them Solange’s, and some of them belonging to other unfortunate, vulnerable souls. The icy throb of “Locked in Closets” returns to a refrain of “All I wanted was the dream of being in love with you,” with the implicit post-script being that the dream never really comes to be. She’s on the other side of that on “Lovers in the Parking Lot,” confessing, “I played around with your heart, and now I’m playing around in the dark.” The mixture of introspection and prom-night funk sounds sweetest on “Bad Girls,” cutting to the bone with lines like “I look down on you, so deep down I know that we’re the same/ It’s stupid thinking that you would want to come play my game,” over diaphanous synthesizers and hefty slap bass.

On an aesthetic level, True is as much about Solange’s coolly playful, but emotionally resonant delivery as it is about Hynes’ retro-futuristic textures. It’s soulful, but rife with enough dreamy abstraction not to seem out of place between some Italians Do It Better releases. It’s enough Tumblr’n’b bait for a cynic to scoff at, if he so chooses, but its easy and loosely defined vibe is also what makes it exciting. Solange has effectively entered a new phase of her career, fearlessly and confidently carving a niche on a different curve from where she entered. And with True as a harbinger of the future, her detour is proving to be the more fertile path.