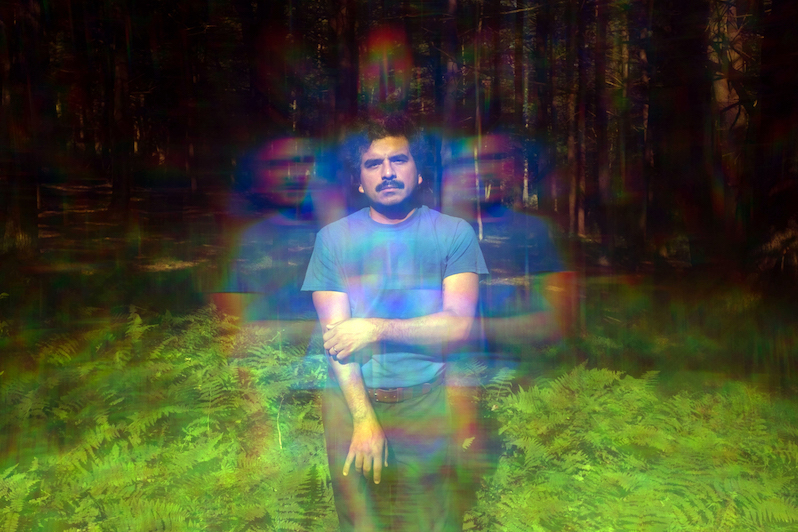 Usually when it comes time to look over the past month’s best music, we trim it to an even 10 best albums. It’s a good round number, manageable, and considering we do it about 10 times throughout the year (year-end review sessions just start earlier and earlier every year…sigh), that leaves us with at least 100 albums to give a second listen before the year’s top 50 gets narrowed down. But this month, our list is a little longer than that. March has been a strong month for music, so much so that even with a dozen albums on our list, it seems like it could have been longer. But we don’t want this to get out of hand. Our 12 favorite albums of March include the outstanding new record from our favorite Belgian post-metal trio, a stellar hip-hop debut from an L.A. up-and-comer (under 30 minutes at that), future jazz, orchestral choral music from a trip-hop icon, and all kinds of other good stuff, all with streams included for your convenience.

What We Said: In an emotional sense, Nest can feel pretty heavy, though it’s never a bummer. That’s in large part due to just how frequently Brutus are kicking ass, which is pretty much all the time whether on a melodic punk moment like “Blind” or a darkly triumphant anthem such as “Django.” An album like Nest doesn’t just require the physical abilities of the players—all of whom play the hell out of every last song—but imagination as well. – Jeff Terich

What We Said: The Comet Is Coming is as much an electronic outfit as it is a jazz group, and new album Trust In the Lifeforce of the Deep Mystery is their second and so-far strongest fusion of human breath, blood and muscle with the futuristic sheen of machine-made sounds. It’s the very ideal of what “future jazz” might sound like were people to try and imagine it, but executed with greater passion and unflappable groove than any future-music trope could possibly suggest. – Jeff Terich

What We Said: By Devil Master’s own account, they’re a band comprising several practitioners of magic and one actual Satanist. That suggests they take what they do very seriously, and based on how well they pull it off, there’s no denying that point. But that’s not to say there’s anything dire or morose about what they do. Much like classic death metal, or old-schoolers like Mercyful Fate or Venom, Devil Master embrace morbid absurdity and feed it through a series of chorus-pedal goth punk throwdowns. – Jeff Terich

What We Said: The album, flush with ballads, calls to action against political double talk and dives into several modern ’70s-sounding funk directives, is an accomplished and superior recording that has a confident, Swiss-Army-knife-type of versatility that speaks of an “I can conquer all parts of R&B and then some” eagerness to it. – John-Paul Shiver

What We Said: The selection and invitation of Gibbons for this piece was a considered choice and she excels in the iconic role she performs. On a night where classical pieces composed by Jonny Greenwood and Bryce Dessner were also performed, the musical lands of contemporary classical and contemporary rock feel bridged by the provision of sincere respect from each side to the other. The result is a musical journey of extraordinary beauty and profound sadness. – William Lewis

Helado Negro – This Is How You Smile

What We Said: On his newest record, he pulls his two poles, folk and pop, together into one record about simply being. This is How You Smile is a synth-pop record with the murky atmosphere of the best folk records, and a folk record with the exuberant longing of the best synth-pop records. Over top of this are Lange’s lyrics, which are vague and expressive, painting with suggestion rather than specificity. – Ben Cohn

L.A. based rapper Maxo (not to be confused with Maxo Kream), doesn’t take up a lot of time on his Def Jam debut. Often compared to another four-letter M-named rapper (New York’s MIKE), Maxo has a similar penchant for brevity, and making the most of his two- and three-minute tracks, making his way through some surreal and gorgeous productions with some pretty heavy true life concerns, from depression to simply the thought of dying before his time. It doesn’t come across as that dark or heavy of a record, though, given how much it feels like a dreamworld that Maxo occupies. Tracks like “Kinfolk” or “In My Pennys” are as much about sumptuous, rich sounds as they are about lyrical catharsis, proving Maxo as not just a personality worth getting to know, but one whose musical partners never let him go anywhere without sounding amazing. – Jeff Terich

Quelle Chris’ follow-up to his 2018 collaborative release with partner Jean Grae, Everything’s Fine, is cut from a similarly satirical cloth. Ostensibly this is an album about America’s gun culture, our inability to do anything about that, and how that, too, is reflective of a deep, embedded, systemic racism. Which on paper probably sounds like this album is heavy and not that fun. That couldn’t be further from the truth; Guns, much like Everything’s Fine, is a serious album that’s handled in highly entertaining ways, from songs overstuffed with one-liners like “Shooting dice with Kanye in a MAGA hat” on “It’s the Law,” stunning production on tracks like “Wild Minks,” and moments of self-referential stunting on “Straight Shot”. Guns is about guns, and it’s about more than that, but a recitation of a number of mass shootings in the U.S. near the end serves as a reminder that this problem isn’t going away anytime soon. But more than that it’s about looking inward and understanding that this is a problem of our own making. On paper that probably sounds like Chris is giving us some unpleasant medicine, but it’s a pretty spectacular delivery system for some hard truths. – Jeff Terich

What We Said: High Anxiety doesn’t always sound like a traditional thrash album. When the band’s charging full steam ahead, tearing their way through a breakneck rhythm like they do on “Die on Mars,” they can roar with the best of them. But in that song’s second half, the band let of the gas and turn their relentless warpath into a noisy pigfuck churn cycle. Similarly, single “Tween Shitbag” has the immediacy and ferocity of classic Slayer, but there’s a dissonance and abrasiveness to the melody that nods to vintage Amphetamine Reptile or Touch and Go bands. – Jeff Terich

What We Said: This time the emphasis is sonic voodoo. If Seat was her Purple Rain moment then When I Get Home—with its deeply psychedelic altered states, purposely nominal rhythmic structures, short songs (19 tracks in 39 minutes) and emphasis on the collective whole, not pieces comprising it—by only providing a few possible singles for release is by far her Around The World In A Day and Parade anti-Pop union. – John-Paul Shiver

These New Puritans – Inside the Rose

What We Said: The album is part reinvention and part refinement, the Barnetts by no means throwing out all things familiar in order to create something new. But what’s familiar on Inside the Rose is mostly textural and tonal, and what’s new is in the songwriting itself. – Jeff Terich

What We Said: Comprising three twenty-plus-minute compositions (and improvisations), each of vastly different sonic makeup, Sun of Goldfinger is as much an immersive sonic experience as it is a showcase for three of contemporary jazz’s most interesting soloists. – Jeff Terich