Special Interest are a force of nature. Watch any live videos of the New Orleans synth-punk band (which will have to do since they, like all bands, won’t be playing in your town anytime soon) and witness the energy and ferocity of a band whose blood runs with the angst and agitation of hardcore punk at its most primal and, perhaps more surprisingly, the pulse of techno and industrial. Their music is loud, confrontational and anything but conventional, and emceed with an unmitigated ferocity by vocalist Alli Logout—a singer with the cadence of a poet and the growl of a warrior, whose self-described presence “teeter(s) on the in-betweens of shock and glam…I like to challenge the perceptions of what a frontperson can be.”

Everything about Special Interest is intended to challenge perceptions. A 2020 counterpoint to 1982’s prominently straight, white, male hardcore punk standard, Special Interest’s second album The Passion Of is a radical statement that lives up to the urgency its title connotes. Every track feels either like a cycle through the mosh pit or an intoxicated, sweaty night at the disco—it even kicks off with a track titled “Disco III” (the third in a series that began with “Disco I” and “Disco II” on debut album Spiraling)—and there’s a constant push and pull between observations on a broken America and more personal reflections of sexuality. Theirs is a balance not unlike Sheer Mag’s binary of songs of revolution and love, only delivered through a queer, POC lens. And much, much more aggressive.

The duality inherent in Special Interest’s music is given a brighter spotlight early on in the album’s tracklist in standout “All Tomorrow’s Carry.” A less immediately cacophonous moment, it finds Logout in search of hedonistic escape: “Are we going out tonight?/A kick, snare and a driving beat.” It’s on the car ride over, through industrial rock thump and noise-rock screech, where Logout reveals how the road to intoxicated salvation is paved by an oppressive and militarized municipality. “I watch the city crumble, arise from the rubble,” Logout sings. “But would you bat an eye, waiting for the war machine?”

As much as the overwhelming sound of shrieking guitars and pummeling beats might suggest otherwise upon a first spin, The Passion Of is a richly layered experience—deceptively so. While a track like “Head” offers little space for a listener to catch their breath, many of the best songs here are those that lean more toward the seductive than the throttling. “A Depravity Such As This” is one such moment, a sinister piece of industrial-goth ecstasy marked by Logout’s cries of “How I ache for you.” And “Street Pulse Beat,” the most stunning moment among the album’s 29 minute sprint, is a hypnotic anthem of desire, ethereal synths spiraling around the squeal of guitar and a deep, distorted bassline, Logout revealing a particular vulnerability through physical intimacy.

Still, there’s something to be said for Special Interest in the most piercing and punishing version of themselves. There’s a kind of nihilistic joy in “Disco III,” which sounds like Bauhaus’ “Dark Entries” through the fuck-all Atari 2600 abrasion of digital hardcore and offers rhetorical questions in the form of even more questionable decisions: “You think ‘if I’m high on ecstasy, can I drive a car?'” It’s in the final track, “With Love,” where Logout delivers a litany of anarchy and experience, at once pissed-as-hell and hopeful beyond the collapse it beckons. “Our fathers in cages, under heavy surveillance/The master’s clock ticks in the illusion oasis,” Logout cries in a sneer that sounds ready for battle. It’s a battle in which they intend to prevail.

Two years ago, Special Interest released “Young, Gifted, Black, In Leather” on their debut album Spiraling, which served as a kind of mission statement for the band, both in its referential update of a Nina Simone signature and in its clear statement of standing up to corrupt, white supremacist power structures (“The law is on my back, every night/the law is on my back, that’s why we fight!“). The Passion Of is a continuation of that mission, honing and sharpening their approach without filing away all of the rough edges. This is punk rock at its best, the kind that sounds great—maybe even a little better—when it’s on the verge of collapse, even if it can’t be a first-person experience for a while. Maybe it’s not punk the way you remember it sounding, but the feeling is undeniable. 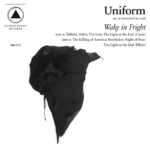 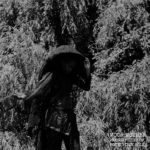 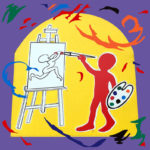