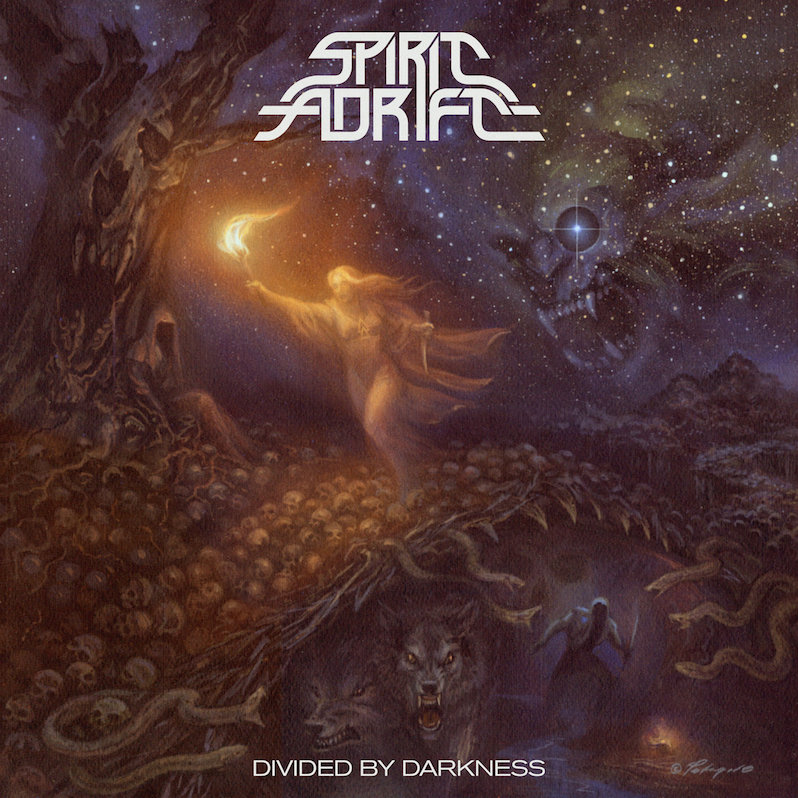 Spirit Adrift always seemed destined for greater things. The age of superstar heavy metal bands might well be behind us, but the past decade and change has produced a number of artists who have elevated underground metal to a higher level, both artistically and commercially. Some of those names include Mastodon, arguably the biggest independent metal band to rise up since the turn of the millennium, as well as Baroness, Deafheaven and Pallbearer, and the unexpected but nonetheless mighty return of Sleep. Spirit Adrift aren’t there yet in terms of name recognition, but their path has been clear for some time. The leap from 2016’s Chained to Oblivion to 2017’s Curse of Conception was a major leap, their initial forays into doom metal giving way to more traditional old-school heavy metal heroism. Their progression, impressive as it was at the time, had been far from over.

Divided by Darkness, Spirit Adrift’s third album, is the strongest they’ve ever sounded. Surprises abound throughout the album, not necessarily in style but in execution. Once the band committed to a classic heavy metal sound, they went all in, sharpening their riffs and delivering their harmonies—both vocal and guitar—with pristine clarity. From a purely instrumental standpoint, they’re at the top of the game, offering the kind of performances that will no doubt inspire endless air-guitar moments. It’s also the strongest set of songs that Spirit Adrift have put together on two sides of vinyl, stepping up their own game while raising the bar for heavy metal in 2019.

From the beating of the military tattoo of “We Will Not Die,” the Arizona troupe set the stage for something massive and triumphant. The band sets off into battle, armed with righteous licks and galloping rhythms, but the battlefield that Nate Garrett describes feels frustratingly familiar: “Shatter reality, sever our ties/Invisible war being waged on our minds/Trapped in the shadows we fight to survive/They cannot live, we will not die.” Seen from one perspective, it could be viewed as addressing mental illness and the struggle to overcome, or read a different way, potentially a song about the coordinated campaigns of misinformation and assaults on truth that define the modern era. Either way, the result is the same: The problems facing humanity will take a lot more than badass songs to solve, but hearing an anthem like this certainly makes the process of confronting them feel a little less daunting.

There’s a great diversity of styles at play on Divided by Darkness, from the meaty thrash of “Hear Her” to the trad-doom waltz of “Tortured by Time”—as well as the band’s characteristic alliteration (note the album and song titles). On “Living Light,” it’s a thrill to hear the band jerk back and forth between stunning, soaring melodic passages and rhythmically complex thrash, while “Born Into Fire” presents a classic rock sensibility under the guise of metal. But no song here is quite so jaw-dropping as “Angel & Abyss,” a six-minute standout that’s one half gloomy doom-metal dirge and one-half Ozzy-style heavy metal powerhouse. It’s one of the best metal songs of the year. It’s one of the best songs in any genre this year, as a matter of fact.

The promise of Spirit Adrift’s previous albums was more than merely a glimmer—they were already an excellent band, just one with the possibility of so much more growth ahead of them. That growth has accelerated on Divided by Darkness, propelling Spirit Adrift from very good to great. The band has thrown their hat into the ring of metal’s biggest heavyweights—their audience has yet to grow to that of a band like Mastodon, but I get the feeling it won’t stay that way for long. 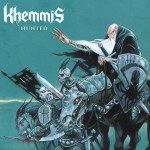 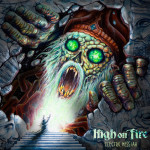