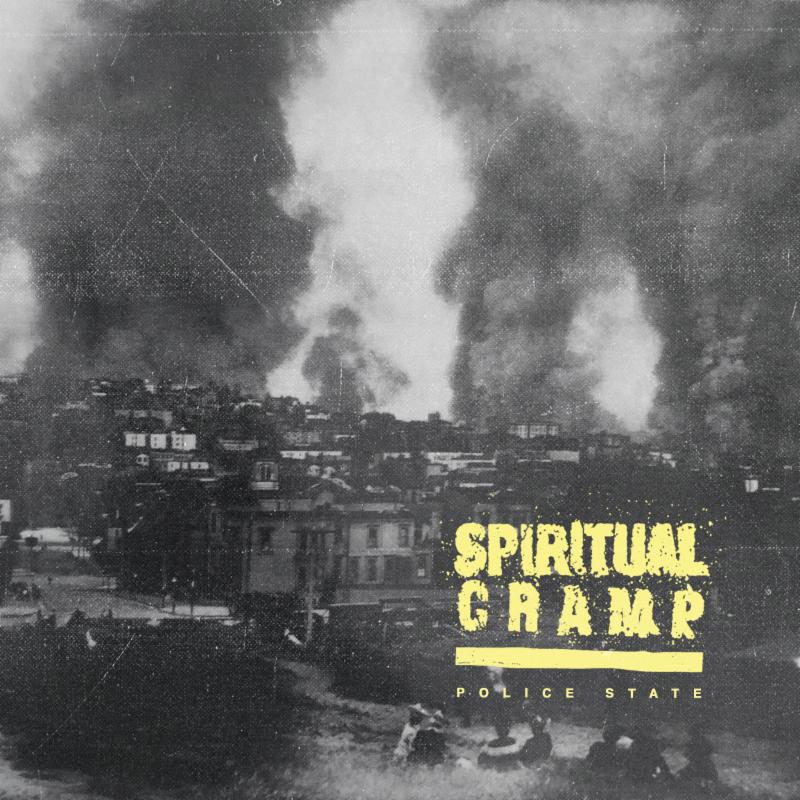 Bay Area punks Spiritual Cramp have just announced a new EP. It’s titled Police State, and it’s being released by Deranged Records on June 8. Today, the band have shared a new track titled “I Feel Bad Bein’ Me,” which frontman Michael Bingham says in a press release is about “walking into rooms full of people and tripping out on myself… tryin’ to come on strong like an earthquake but comin’ on like a little headache.” He continues: “I project my own self image onto social interactions and it really throws a wrench into my good times. We live in a gross, damaged country that promotes a culture of non-fulfillment, but everyone has these calculated images of themselves they want to project onto the world. I don’t blame anyone – it’s a product of the design.” Listen to the Spiritual Cramp “I Feel Bad Bein’ Me” stream below and take a look at the EP’s tracklist.