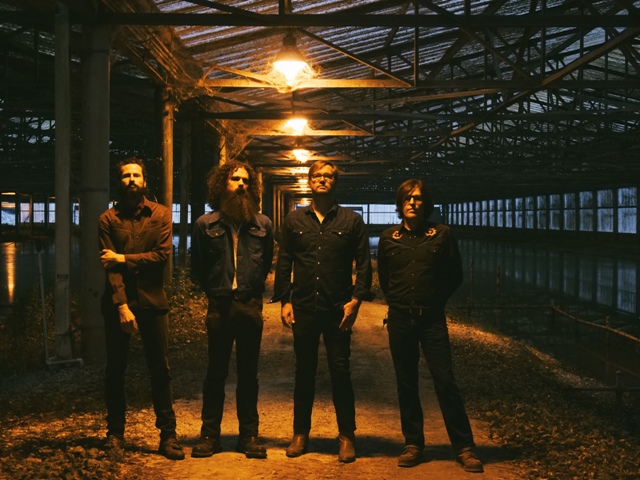 On Friday, Austin dark Americana group Lord Buffalo release their new album Tohu Wa Bohu, via Blues Funeral. The album was produced by Danny Reisch (Chelsea Wolfe, Okkervil River) and is a rich, immersive yet haunting listening experience. The band taps into a tradition of gothic Americana in the vein of Songs: Ohia and Woven Hand, but delivered with dense and heavy arrangements that bring to mind Godspeed You! Black Emperor or recent Swans. This is quietly intense music—an album to get lost in as one might in a dense forest or endless expanse of desert. Treble is streaming the album in its entirety, ahead of its release.

Vocalist/guitarist Daniel Jesse Pruitt says of the album, “It feels like we recorded ‘Tohu Wa Bohu’ in a different American epoch. When we were in Lockhart, TX making the record, I’m not sure we really understood these songs yet. The process felt important to us as a band. Playing together for a few years developed a level of trust, of communication musically and we wanted to use that to make something immediate, outside of thought or in thought’s periphery: doing without doing. But we also struggled to know what shape the songs were taking and what it was that we were making. Looking back now, they feel like premonitions. Old hymns for a new west.”

Listen to the album below and pre-order it here.