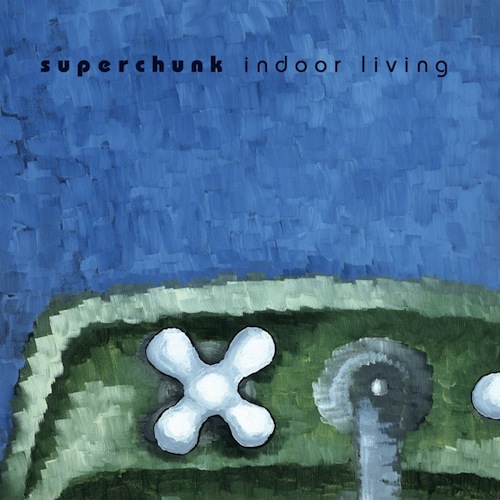 In the Great Debate over which band best represents the best and most enduring aspects of 1990s indie rock, The Pixies and Pavement somehow always come out the consensus victors. The decisive answer to this discussion, however, is Superchunk. Their discography and career arc acts like a checklist for how to get every indie rock album archetype exactly right — they’re practically an Instagram meme. No Pocky For Kitty is a blueprint for avoiding a sophomore slump; Foolish is the break-up album that won’t ruin a party; Come Pick Me Up is chamber pop with the stuffiness removed; and Majesty Shredding is a case study in how to treat a comeback album without acting as if any time had passed at all.

By 1997 the group had burned through a lot of their youthful angst, not to mention some of Mac McCaughan’s bitterness over his breakup with bassist Laura Ballance. And while they still had several periods of settling down and branching out ahead of them, with the release of Indoor Living, they checked off another important milestone in the progression of any band with similar longevity: The grown-up album.

In the roaring first track, “Unbelievable Things,” McCaughan delivers the album’s title in a clever couplet: “When you commissioned your cage/ Indoor living became all the rage.” From one angle, he could still be projecting some of the spillover bitterness from Foolish, but if you didn’t catch the metaphor in the title, this is more an album about looking inward than broadcasting outward. And though there’s a cathartic sound to “Unbelievable Things,” it’s less about pointing fingers than recognizing the vulnerability behind the fortresses that people put up: “My blush is proof/ That from your window you sing/ Some unbelievable things/ A queen with several kings/ Exotic bird without wings.”

With the added wisdom of age that colors Indoor Living comes a more spacious sonic approach, and a less immediate need for burning through punk rock anthems in the same way they did on past albums. There are certainly some of those here — “The Popular Music,” “Nu Bruises” — but some of the most revelatory moments happen when the band slows down and gives itself some breathing room. The album’s prettiest song, “Every Single Instinct,” touches upon a recurring theme of healing and renewal (“Barely spring but green enough/ Obviously scarred but not too tough”) with delicately harmonized guitars and sophisticated rhythmic shifts. And over the major-chord torrent of “Burn Last Sunday,” McCaughan finds that what’s underneath those scars is surprisingly resilient: “The branches you thought you’d break/ Well, they just bend.”

To hear the live set, recorded at Duke University, which accompanies Merge’s reissue of Indoor Living, you’d think that Superchunk was still the youthful, raucous band that called out a “Slack Motherfucker” seven years beforehand. And there’s some comfort in that as well — that growing up doesn’t necessarily mean slowing down or losing your edge. And on Indoor Living, there’s not really any evidence that the band had actually lost any of their edge. It’s a much prettier album than their earlier records, of course, but when it rocks, it feels even more abrasive and jagged than anything on On the Mouth. They just use those techniques sparingly. Just as it can be a sign of maturity to look inward rather than call out others, so too can it be knowing when to whisper rather than scream.