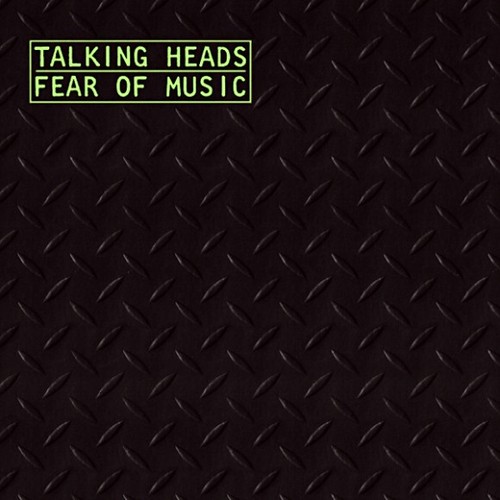 After years of rabid fandom and countless hours of listening to Fear of Music, I have come to one simple conclusion about the Talking Heads: they must have really liked American Bandstand. Not the Talking Heads!? No! Surely they would not deign to watch this arbiter of low culture! Jeez, before you get all huffy, let me at least explain. American Bandstand was one of the most important moments for rock `n’ roll in all of pop culture. Not only did it make rock music, then a fledgling genre still considered a fad (a la hip-hop in the late ’80s), palpable for middle-America but it gave us the self explanatory Rate-a-Record segment in which the average American teenager became Lester Bangs or Robert Christigau for at least a couple seconds of airtime. While rock critics tend to overuse certain indicators, like “derivative” or “post-[insert appropriate genre here],” these teenage would-be-critics had their own way of expressing themselves, the phrase, “Its got a good beat and you can dance to it.” Now, after listing to Fear of Music, you tell me that David Byrne, Chris Frantz, Jerry Harrison, and Tina Weymouth didn’t take this to heart.

From the nonsensical lyrics and African rhythms of album opener “I Zimbra,” to the dare-I-say-it psychedelic sounds of closing song “Drugs,” Fear of Music is, simply put, a fun record to dance to. Each song on Fear of Music has its own distinct personality, be that frantic booty shaking (“I Zimbra”) or awkward middle school slow dancing (“Heaven”), thanks in part to the Talking Heads’ stellar rhythm section. Bassist Weymouth, like most women musicians in the boys’ club that is rock `n’ roll, was accused of not playing on Talking Heads’ albums but Fear of Music should have assuaged any fears of lack of authenticity as it points to not only future Talking Heads’ work but Weymouth’s work with side project the Tom Tom Club as well. These bass lines are nothing if not pure Weymouth. Drummer Frantz could keep up with the constant rhythm of the best post-punk drummers even before there was such a thing as post-punk drummers but, at the same time, he can do so much more, creating the intricate backbone of songs like “Cities.” Yeah, the rhythm section’s good but let’s not forget about the other guys or, as I like to call them, the awesome section.

On songs like “Life During Wartime,” former Modern Lover and keyboardist Jerry Harrison makes noises with his instrument you didn’t know were possible, simulating horns or whatever else he felt like at that particular moment. Vocalist/guitarist Byrne is the driving force behind the Talking Heads with his instantly recognizable voice and wonderfully self-important lyrics.

There are so many fantastic songs on Fear of Music it’s almost as if I don’t know where to start. But out of all of the amazing songs on Fear of Music, the first single, “Life During Wartime” takes the cake. It has to be the most upbeat song about a theoretical World War III ever written, beating out Timbuk 3’s “The Future’s So Bright, I Gotta Wear Shades,” a bouncy little ditty about nuclear holocaust. “This ain’t no party / This ain’t no disco / This ain’t no foolin’ around,” sings Byrne. Are you sure, David? This song is too fun to be about such a decidedly heavy topic. After a long, critically acclaimed career and an arsenal of songs that would make even a well-established band jealous, “Life During Wartime” remains one of the Talking Heads’ greatest songs. The fact that “Life During Wartime” is the best song on Fear of Music is saying quite a bit. It just happens to be a standout on an album of classics, including the sultry “Electric Guitar,” the ballad “Heaven,” and the utterly danceable “Paper.” I could go on for the entire album. All these songs are amazing, all original, all unique, all classics.

The influence of the Talking Heads is staggering. While critics and music geeks alike point to Gang of Four as the touchstone for the new set of post-punkers, it’s really all about the Talking Heads. What makes the Talking Heads so mind-boggling is that they had no touchstone, no real point of reference. When you listen to Fear of Music you can’t help but think “Wow, no one had ever done this before the Talking Heads.” And, while, naturally, there are other trailblazing bands that can claim the same thing, the Talking Heads’ originality, starting specifically with Fear of Music always has the ability to knock me on my ass. Despite all this, their far-reaching influence always surprises me, showing up in places I wouldn’t expect it. Come on, is it just me or does the beginning of “Memories Can’t Wait” sound pretty much exactly like the Fugazi’s fantastic “Waiting Room” after the guitars come in?

Fear of Music is a seemingly ironic title for an album so eclectic and awe-inspiriting. David Byrne once said “to shake your rump is to be environmentally aware.” And, appropriately enough, the overarching greatness of this album comes down to one simple phrase: it’s got a good beat and you can dance to it.