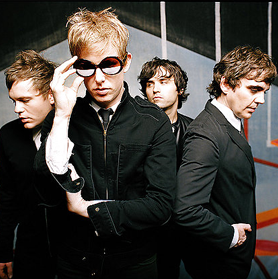 The decade has almost come to an end. And of course, you know what that means—lists, `best ofs’ and all kinds of general retrospective features and columns. Treble is no exception, hard at work on figuring out the best albums and singles of the past nine years. Yet, before we get into albums and singles, we’re taking a look at the best non-single tracks to emerge since the Y2K scare proved to be a non-event. Every week we’ll be highlighting a handful of our favorite tracks of the decade, so keep checking back to hear about what songs remained on repeat on our iPods, CD players, tape decks and turntables since Jan. 1, 2000.

“Bringing about the apocalypse is not considered cool”

If there’s anyone who knows a thing or two about being cool, it’s Britt Daniel. As stylish, raspy-throated frontmen go, you just can’t top this Austinite. His songwriting style leaves no room for wasted notes, grooving hard without getting his hands dirty. It’s just the simple truth: you just can’t outdo Spoon when it comes to cool.

Yet even when bursting into a chaotic, noise-ridden jam session as on “My Mathematical Mind,” Spoon still sounds disciplined and sleek. After a quick wind-up sound, a simple, syncopated piano riff starts up, ever so briefly foreshadowing the storm to come. And then “woo!” Daniel lets out a shout to kick off five sinister minutes of piano grooves and skronky guitar freakouts. That’s just a bit misleading; it’s not a Sonic Youth song, after all. But as the groove continues, it builds and becomes ever more intimidating, billowing like clouds with thunderstorms of screeching distortion beneath.

Funny thing though, as Daniel warns against calculating toward rapturous destruction, the band accelerates toward an ominous explosion of their own. Of course, he could just as well be talking about a relationship (“I want to change your ways”) or the leaders of the free world at the time of the song’s release, but one thing’s for sure, Daniel’s ready to accept whatever comes: “no more ridin’ the brakes!” The song’s best moment only comes twice, however, when the repetitive piano groove changes up for a brief but incredible and climactic chord change; even when all hell seems to break loose, Spoon tightens up just to remind you they’re in control.