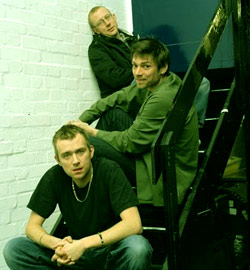 Despite the domestically hyped internal tensions, 2003’s Think Tank is a fantastic record, an eclectic triumph of electronic subtlety. On “Sweet Song,” Blur scale Brian Wilson level obstacles to emotive intimacy. Albarn’s lyrics and vocals are resolutely heart on sleeve as he wanders through darkened “streets all pop music and gold.” The arrangement is a lovely picnic quilt of gospel ambience and Trans Am piano ballad. I’m sure I can hear aliens landing from over the hill faintly in the background. William Orbit was involved, after all. “Sweet Song” is well-worded obviousness cocooned in buzzing warmth. It’s a steadying antidote for anyone feeling out to sea, and a strong reminder that there are times when it’s better to take things at face. – Thomas Lee