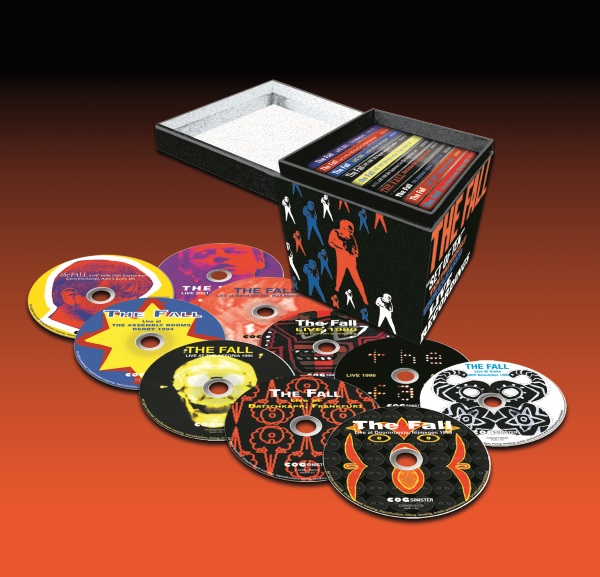 Few bands in post-punk had as prolific and long a career as The Fall, thanks to the endurance of the band’s frontman and sole permanent member Mark E. Smith, who died earlier this year. Since then, some of the band’s catalog has already seen some reissue activity, but a box set of the band’s live performances throughout the years is being released soon. No official release date has been set, but Cog Sinister has put the box set, The Fall Live: Set of Ten, up for pre-order via PledgeMusic. The box set contains 10 different performances, dating back as early as 1980, with the most recent being a 2001 performance. Take a look at the list of performances below and the packaging above..