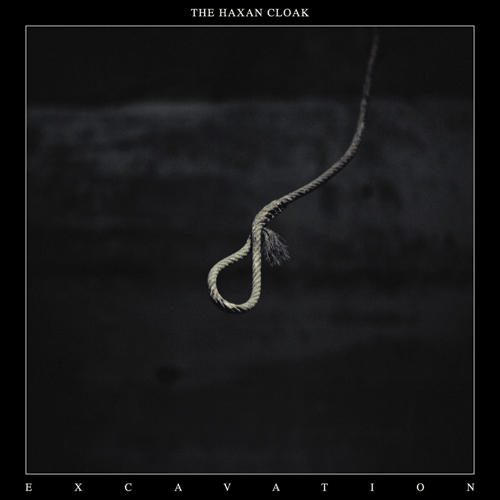 If you’ve heard the name Haxan Cloak before, it’s most likely been in the context of eerie, chilling or downright terrifying music. The name comes up quite a bit on music-nerd message boards around October, and with good reason — this stuff is pretty dark. Bobby Krlic, the producer behind The Haxan Cloak, taps into ambient music’s most breathtakingly ominous textures and comes out the other end with a horror soundtrack that’s not only stimulating to the adrenal glands, but quite melodically beautiful underneath its grit and grime. Imagine Scott Walker’s The Drift as an electronic album and you’re not too far from the aesthetic.

“The Mirror Reflecting (Part 2)”, from upcoming album Excavation, is Krlic’s malevolent aesthetic refined to the point of perfection. It’s still very much a dark sound he’s got going here, but it’s exciting, gorgeous, even climactic. Spanning seven minutes and seven seconds, “Mirror” covers a lot of ground, from nebulous opening drone to soaring and intensely layered denouement. Perhaps it’s a bit early to start planning, but don’t overlook this one when it’s time to start assembling Halloween 2013’s playlist.