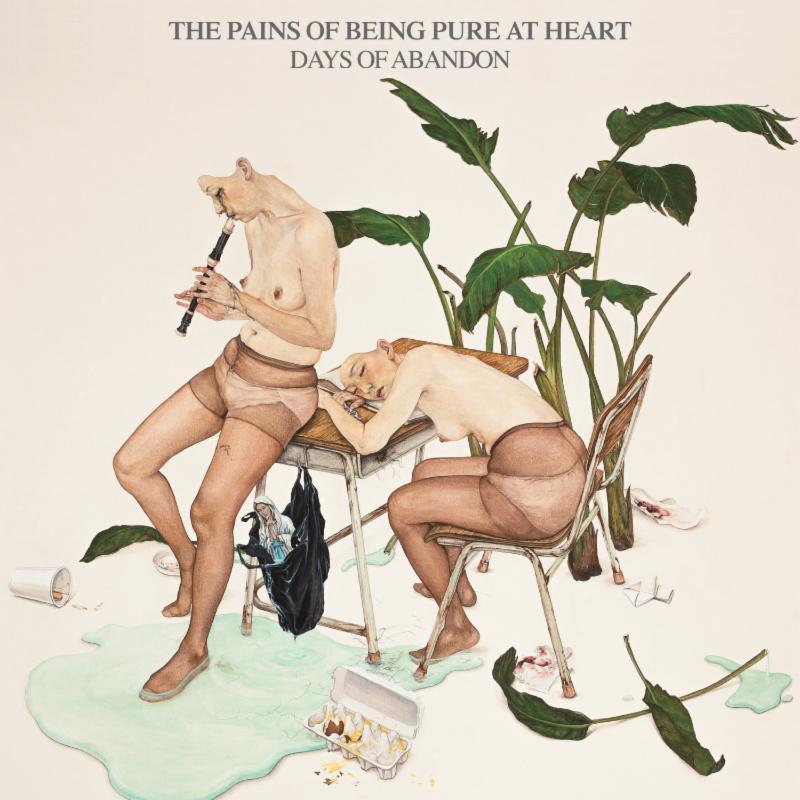 Brooklyn indie rockers The Pains of Being Pure At Heart are bringing their heartfelt, yet noisy pop back in 2014 with a brand new album. On April 22, the group will release Days of Abandon, their follow-up to 2011’s Belong, via Yebo Music. That’s the album art above. Check out the tracklist and album trailer below.

In a press release, POBPAH frontman Kip Berman says that the new album is a stylistic departure from their Siamese Dream-y second album:  “I didn’t want to make Belonger … This album was a chance to step back from that universal style of songwriting to something that was far more personal, more in keeping with my original ideals. I wanted the music to be joyful and full of light, even if the subjects were often dark.”

The group is offering a special pre-order of the album through Soundrink, in which fans will gain access to a digital download of the album with the purchase of a ticket to one of their shows. Check out the pre-order here, along with the band’s upcoming tour dates.

The Pains of Being Pure At Heart Days of Abandon:

Tags
new releases The Pains of Being Pure At Heart

The Pains of Being Pure At Heart announce Hell EP