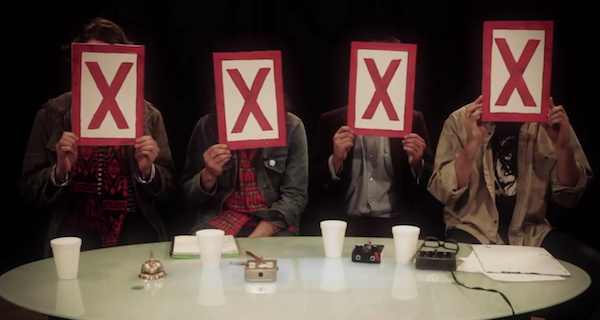 The War On Drugs go comically and heartwarmingly meta in the new video for “Red Eyes,” from the band’s upcoming album, Lost In the Dream. In the clip, directed by Anthony Zagarella, the band is holding a series of auditions for their new video. The contestants include an old couple who dances, an awkward hula-hooper, a lousy magician, an alcoholic clown, and a kid who shreds. You might have some indication who wins based on that lineup. Watch The War on Drugs’ “Red Eyes” video below.

Lost In the Dream is out March 18 via Secretly Canadian.