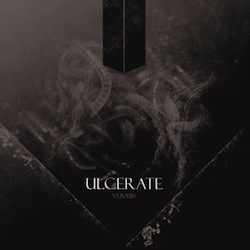 Getting into technical death metal is a little bit like going to rehab — it’s not going to happen unless you’re ready to take that first step. And very few arguments from friends, colleagues or loved ones — about how awesome Gorguts are, how influential Death was (especially from Human on), and about how, despite the silliness of the term “djent,” Meshuggah are astonishing musicians — are going to make a difference. If you’re not ready to hear it, then you’re never going to accept tech-death into your life.

OK, that’s a little dramatic — nobody needs technical death metal per se; it’s pretty low on Maslow’s hierarchy anyhow. But as simultaneously cerebral and punishing a genre as it is — often at the expense of songwriting — technical death metal is sometimes too broad a brush with which to paint its many participants. The aforementioned Gorguts — whose Colored Sands is a highlight of metal in 2013 — have long evaded mechanical, passionless performances in favor of complex, maze-like structures of metallic intensity. Similar in structure and approach is New Zealand’s Ulcerate, a death metal band by a technicality (“unorthodox death metal” according to their bio), but eclectic enough to never stay in one place for too long. They’ll attempt some tremolo picking here, space out into atmospheric passages elsewhere, and never seem afraid to embrace melody when it’s needed most.

On fourth album Vermis, Ulcerate maintain this diverse balance stunningly, moving like clockwork in their transitions between ominous, dirgelike passages and breakneck flights of searing menace. In fact, they set the parameters of the sounds they’re working with here pretty much up front, juxtaposing the slow, atmospheric instrumental “Odium” against the manic fretwork gauntlet of the title track. The sheer speed and fury of the band is dizzying, yet there’s an undeniable musicality, even melodicism in their style of tech-death. Its presence is greatest in a track like “Weight of Emptiness,” which builds from a more moderate tempo up to an even more terrifying rush of double-bass-drum brutality and minor key virulence.

And then there are the moments on Vermis that almost even pass for catchy. One such track, “Confronting Entropy,” starts off with a melodic riff that maintains the eeriness of what comes before, but without as much of the harsh, piledriving rhythms. Those do come into the frame, but before the two-minute mark, there’s even a bit of a (cruel) swing to Jamie Saint Merat’s beats. A similarly dark allure lies within album highlight “The Imperious Weak,” which is much closer to recent work by the soon-to-be-defunct Altar of Plagues. Michael Hoggard maintains an accessibly melodic approach, even at his most technical, as Paul Kelland delivers an unearthly growl. As strong as much of the material here is, though, it can be a bit exhausting to take all in one sitting — a problem that might not be so discouraging to seasoned tech-death listeners, but sticking point enough for anyone else. Still, Vermis is a pretty amazing feat by a pretty amazing band — no matter how impenetrable it may seem on first listen.