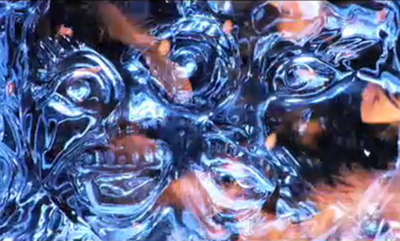 In 2009, an actual music video channel on TV is sort of hard to come by. MTV doesn’t really play anything close to music videos anymore, and on MTV2, only about 10 percent of the airtime is devoted to music programming. Likewise, VH1 has their top 20 countdown weekly, but that’s squished between marathons of “Daisy of Love” and “For the Love of Ray J.” Somewhere on the expensive premium cable packages out there, you might be able to get MTV West Sports Fox 2 Classic, or something along those lines, in order to see, once and for all, the strippers in Flo Rida’s videos. But it almost seems irrelevant at this point whether or not music videos play on your TV, because they’re all on YouTube anyway. And thank God for that, because we’ve been watching some sweet videos for the last few weeks, blown away by the level of artistry in some recent clips by our favorite artists. In spite of the obsolescence of a music video channel on cable TV, the art form is alive and well, and here are some of our recent favorites.

Demonic ice sculptures, flames and dance routines inside vein-riddled orbs in this video for Merriweather Post Pavilion‘s second single. Trippy, perhaps seizure-inducing, but certainly a feast for the eyes.

True crime mixes with celebrity and some freakish masks combine in the video for the new single from Blitzen Trapper’s Furr. Stylish, nightmarish and, most importantly, perfectly suited to the group’s fantastic murder tale.

The video clip for the title track of Crocodiles’ Summer of Hate is grainy, distorted and stylish, much like the band’s music.

J, Lou and Murph show off their biking and skateboarding tricks. Good times.

Dirty Projectors – “Stillness Is the Move”

The clip for “Stillness Is the Move,” the first Dirty Projectors song to actually make sense as a single, depicts the band in cloaks, on a hillside, with llamas and such. And the girls perform a dance routine in matching, bizarre outfits. It’s art.

Fever Ray’s music is pretty ghostly to begin with, but this video for the third single from Karin Dreijer Andersson’s debut album portrays that ghostliness in visual form, with lots of eerie lights, effects, colors and shots.

Franz Ferdinand are always good for participating in highly entertaining video clips, and this one is no exception. Simpler, and much more lo-fi, “Can’t Stop Feeling” finds the band using some low-tech visual gags to great effect.

A brave little goldfish flies in his rocket castle to be united with his whale buddy, who gets trapped between icebergs in this animated clip. Adorable and heartbreaking.