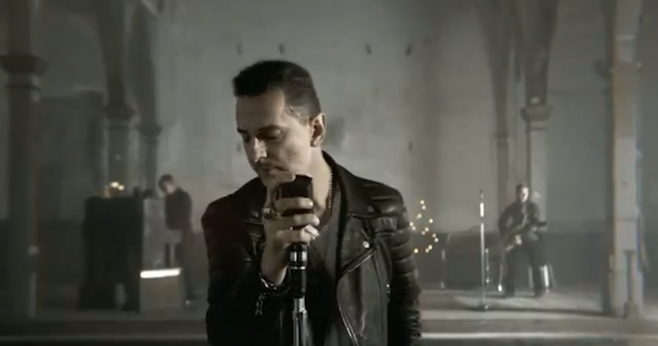 Depeche Mode have a new album on the way, titled Delta Machine, due March 26. And the band has just unveiled the first video from the album, for “Heaven.” It’s a stark and dark clip that focuses mainly on frontman Dave Gahan singing in solitude, in a church. Watch the gothic, Timothy Saccenti directed clip below.