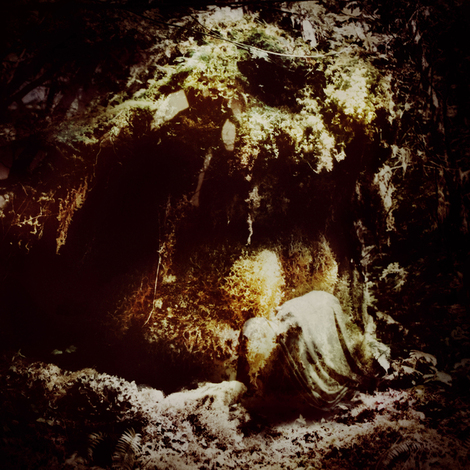 Pacific Northwestern black metal outfit Wolves In the Throne Room four years ago began what was to become a trilogy of albums with the release of 2007’s Two Hunters via Southern Lord. Its harsh albeit transcendent, sometimes vaguely shoegazer sounding textures marked what would become a new and exciting period of U.S. black metal. Yet, while Two Hunters garnered universal praise (most notably among non-metal press), its follow-up, Black Cascade, proved to be more of an acquired taste, its marathon drones a hard sell for many initially won over by the band’s mesmerizing prior effort. And as such, it seems all the more confusing that these albums somehow fit into a greater whole. But Wolves in the Throne Room, much like I am right now, were building up to something, and its glorious climax has arrived.

Celestial Lineage, the third and final installment of an epic triad, closes out this stage of the band’s career with a soaring and mighty roar. If pieced together like a work of fiction, Two Hunters is the dazzling exposition, Black Cascade the far less glamorous conflict, and Celestial Lineage its epic and awe-inspiring denouement. Paced with a series of shorter, atmospheric transitions between sprawling black metal excursions, Celestial Lineage allows more breathing room where its predecessors hadn’t. And fraternal masterminds Nathan and Aaron Weaver place more of an emphasis on ethereal, spiritual sounds, with vocalist Jessika Kenney lending three of the album’s tracks a moving, and quite beautiful glow.

In the album’s colossal opener, “Thuja Magus Imperium,” Kenney’s vocals appear before Nathan Weaver’s, her magnificent and divine pipes guiding an ambient rumble, as if directly conversing with God via melody. That sonic ether soon finds its own big bang, however, and the band takes to a righteous and fierce barrage of blast beats and minor key melodies. Within those 12 minutes, however, that black metal explosion gives birth to trippy wah-wah guitar solos, heady shoegazer textures, more heavenly female vocals, ambient interludes and even a little acoustic guitar at the end. This may seem like a lot, maybe too much for one song, but Wolves in the Throne Room show an impeccable sense of timing, and there’s not one moment in which “Thuja” isn’t 100 percent engaging or, for that matter, amazing.

The back and forth between Celestial Lineage‘s more abstract, spacious moments leads to some interesting complementary juxtapositions throughout the album. Isis’ Aaron Turner lends his own distant chants to “Permanent Changes in Consciousness,” yet that almost monasterial tone remains as a kind of moody counterpoint to the harsher sounds of “Subterranean Initiation.” And the haunting, Kenney-helmed “Woodland Cathedral” is a misty gateway to the post-punk leaning ascendance of “Astral Blood.” With “Prayer of Transformation,” however, the Brothers Weaver create their own blissfully dark self-contained hymn, layering sheets of synthesizer prior to introducing a slower, methodically paced drum backing, and Nathan’s sylvan scripture, containing verses such as “A vessel awaits you built from owl feathers and moss.” And if you allow it, that vessel will take you somewhere incredible.

On an abstract level, Celestial Lineage is the closing piece of a multiple-piece work of art. But on a more literal level, it may very well be the last album by Wolves in the Throne Room as we know them. Speaking with NPR recently, Aaron Weaver noted “When we were making this record, we were always very conscious that this was the last thing we will do in this incarnation of Wolves in the Throne Room.” The next time these musicians release another set of music, it may very well not even be recognizable under the terms by which we’ve come to know them. The future for Wolves in the Throne Room is unclear, but if Celestial Lineage is the last of their black metal output, they’ve ended with their most powerful and majestic statement to date.

Tags
Wolves in the Throne Room