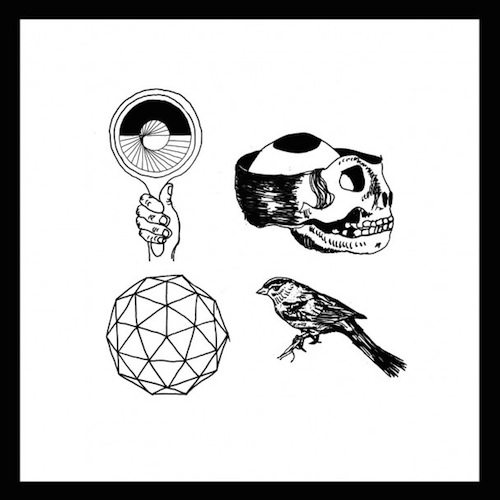 If you were struck by a nagging suspicion that 2013 was missing something, you would have been wise to trust your instincts. For the first time since 2009, lo-fi psychedelic folk-rock outfit Woods did not release a new record, opting instead to take a year off to prepare their eighth studio album, With Light and With Love. The extended vacation of sorts is permissible. After all, it’s hard work establishing a remarkably consistent discography like Woods have, and a lunch break is more than well deserved.

With this in mind, it’s no surprise Woods sound invigorated and better than ever on With Light and With Love. Never before has the band’s growth been more pronounced as they continue down the same path of Bend Beyond, crisping up their sound and tightening their songwriting even more. Songs like the two-minute ditty “Shining” brilliantly show off the group’s economical approach to songwriting, filling every nook and cranny with just the right amount of rich instrumentation. This is nothing extraordinary in itself, but Woods can make even the most rudimentary of things sound masterful and enterprising.

As is the case with Woods’ previous releases, there is not one subpar song on With Light and With Love, but only a select few are truly fantastic. With its mellifluous rhythm and placid singing saw, lead single “Moving to the Left” is certainly a highlight. In his fine falsetto, frontman Jeremy Earl asks, “Are we floating by and by?/ Are we moving to the left?” He’s not looking for an answer — rather, he fancies the unknown, and rhetorical questions just as much. On the deep cut “Full Moon,” the wispy guitars dissipate into the night’s translucent darkness as he pops another question, mournfully inquiring “How am I supposed to let go/ Of the full moon in your eyes?” As the best lyricists often do, he prefers to leave the interpretation up to the listener.

On the note of ambiguity, the album’s most memorable track is its sprawling title track. A nine-minute rhapsody that swirls into a pit of psychedelia, “With Light and With Love” finds Earl dropping segmented verses that tackle death and the like. You’ll have as much fun piecing it together as you would finding its roots — it emulates everything from The 13th Floor Elevators to Can.

“With Light and With Love,” and the album itself, is a testament to Woods’ steadfast ways. After Bend Beyond, it looked as if the Brooklynites had it a plateau; With Light and With Love simply begs to differ. The band continue to build on a sound and an aesthetic that’s not necessarily new, but still incredibly compelling. At this point, it seems the only thing that can stop Woods is death itself.

Woods : City Sun Eater in the River of Light