There is a certain distance you gradually develop as your twenties slip away and you cascade into your thirties. It’s false to say that you always fall into the same musical hole, constantly returning to nostalgic favorites, although the distance from days of youth and the struggles and suffering of those spaces does suddenly begin to make once-painful things sweet again. There is, however, a certain type of music for those tapped into the indie and punk worlds that seems to thrive specifically on a kind of young adulthood youth, the wilds of college years and what comes immediately after. Those records continue to be made, year after year, but your ability to connect as fully with them begins to fade as adulthood sets its hooks in. It’s not a matter of judgment or quality (or lack thereof); perspective changes along with the contours of life, and as such the music that cleaves best to those curves begins to shift.

Which makes it such a pleasure when something like Zoon comes along, delivering a record that even the most cynical would have to acknowledge is a pretty damn accurate My Bloody Valentine pastiche, and you find that those spaces aren’t just pure nostalgia traps. Obviously thinking generally, shoegaze has had a hell of a decade, whether it be new bands, reunited favorites dropping career-defining records late in their lives or all the fusion styles from hip-hop to electronica to black metal that have cropped up. But when confronted with something like Bleached Wavves, a record that quite clearly is an attempt for Daniel Monkman to get guitar hero Kevin Shields under his fingers, it becomes refreshing precisely because we are re-confronted with what feels like the genuine article, only to find that it still holds up, still rings true, all these years later.

To address the most obvious criticism first: yes, Bleached Wavves is pretty much a straight-up Loveless clone. There are a couple reasons why this isn’t a bad thing. First and most obviously, have you heard Loveless? Even beyond that, Bleached Wavves is the debut of Zoon, and debuts have a special kind of leeway to be more forthright and wear their influences on their sleeves a bit more boldly. This is, after all, where a young artist cuts their teeth; we tend to expect artistic maturity to come some number of records later, not right away, with most artists who seem to emerge fully-formed having a secret back catalog of demos and obscure releases under their belt before their “debut.” Hell, even My Bloody Valentine themselves were a bit of a clone at first, albeit molded more after The Cure and Bauhaus-style reverb-laden goth rock than the shoegazing gods, greatest of all time, that they would become. The third and perhaps biggest reason why this isn’t so much a concern is because of the frankly stellar job Monkman does with his replication. In a world where extra channels in a Logic session come cheap, Monkman did things the old-fashioned way, having to wrangle a lot of economy and space out of a single guitar and limited pedals. It’s not that old is better or limits are automatically good, which is just Luddite sophistry, but more the sense of getting the most value out of a sonic idea, something clearly present all over Bleached Wavves. It is a genre exercise in no uncertain terms, and so taking seriously even the limitations of what Monkman sought to emulate become important considerations to really get everything fully under the fingers, something he does remarkably well here.

The sonics are genre perfect, clouds of glitched out digitalist clouds choking out the breathable air, implied skyscapes of purple and hot pink and glassy striated whites. Shoegaze at its best is pure image music, invoking the smudged space between psychedelia, early prog and krautrock in ocean-bodied swirls. Zoon nails this and even adds in an extra dash of the drum machine-driven Madchester flair these sonic ideas would develop into off of the back of Loveless to boot. Most shoegaze replicants of the 21st century seem more interested in that middle space between the early peak of the genre and when bands like Lush and Ride and Swervedriver took a turn toward rock in the wake of grunge and Brit-pop; not so for Zoon, who see more familiarity with groups like The Stone Roses and James as fitting partners for their Shieldsian guitar swirls. The result also cuts through one of the biggest critiques of modern shoegaze, that being its terminally despondent nature. No slight to Nothing, a brilliant group certainly, but it is refreshing to get some shoegaze that is neither a morose dirge nor, in the case of later-era Slowdive, increasingly abstracted pointillist approaches to the genre. Bleached Wavves feels as brimming with life, vigor and youthful unbridled joy as Loveless did before it, arising from feelings of terror and confusion but bursting into an earned and driven optimistic smeared cloud of life. It is unspeakably refreshing to remember that shoegaze can feel like this.

And all of this without mentioning the plaudits of Monkman as an indigienous Canadian of the Ojibwe tribe of First Nations people. The origin of the name, it turns out, is derived from the word “Zoongide’ewin,” its shortening allowing both a ’90s angular flair alongside a touching tribute to his heritage. This element of the group can justifiably be remaindered to this necessary footnote not because representation isn’t important (it desperately is, especially among native peoples, a group who in North America, South America and Australia all face intense oppression from what amount to the people who stole their land and destroyed their lives) but because the music is powerful, well-executed and emotionally resonant enough without it. The fact that such a great record was delivered by such a hand becomes an added grace on top; if it wasn’t a highly recommended record before, it undoubtedly becomes one in the wake of learning that. There are First Nations folk music influences dappled across the record, but you would be forgiven for not spotting them immediately, given how seamlessly Monkman is able to blend them into the clouded tapestries of sound at hand. If anything, this is perhaps the most fertile vector for future records from him, given how deftly he has already mastered Shieldsian guitar pop; the thought of a more fully-embraced indigineous connection with his music is an intoxicating thought.

But ultimately future directions are for Monkman decide, not us as critics or listeners. Whatever it will be, I’m certain it will be good and well-conceived. Everything about Bleached Wavves leads me to strongly believe this to be the case. In terms of a strong-as-hell career-starting debut, it’s hard to argue with fruit as fertile as this. 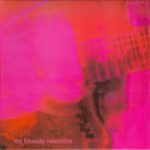 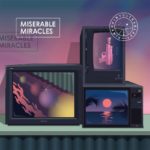 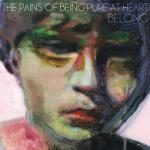