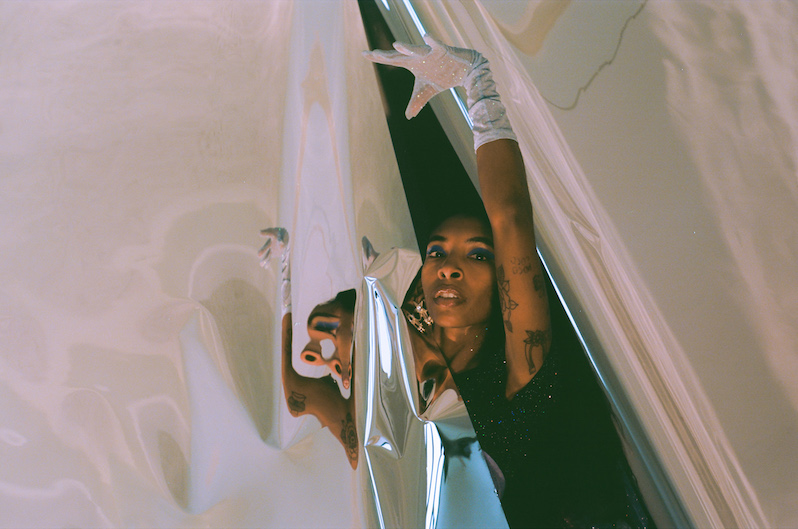 This year feels a little bit different. With any release calendar, there’s a bit of a slow burn, but by and large the best music of 2019 hasn’t been the big releases but rather the under-the-radar standouts. There are some career artists delivering the expected goods, some hyped up-and-comers making it to the next level, new projects from long-time ringers, and even some surprise releases from bands who have quietly developed a cult following. But then again, the albums that stick with you sometimes are the ones that feel like fresh discoveries, the revelatory sounds that hit you out of nowhere. It feels like it’s going to be that kind of year. Then again, we knew that Jessica Pratt album was going to be amazing. So there’s that. Here are our 10 favorite new albums from the past month.

What We Said: Astronoid’s self-titled follow-up to AIR isn’t any closer to bringing Astronoid’s aerials and loops back down to earth. They’re still comfortably in an awe-inspiring and -inspired orbit, pulling off dynamic instrumental feats while seemingly floating in place. It’s a hell of a balance if you can pull it off, and Astronoid make it look easy. Though, certainly, it’s not. – Jeff Terich

What We Said: As Cherry Glazerr have gotten louder, and Creevy more direct and pointed in her lyrics, their arrangements have likewise become more sophisticated and nuanced. This is essentially a record composed of big rock songs, but in between the big crunchy riffs there are moments of intricate beauty and dreamy pop. – Jeff Terich

What We Said: All My Relations isn’t exactly a spiritual jazz record cut from the same musical cloth as A Love Supreme or Karma—though it’s not too far removed from something like Thembi. Its tracks are shorter and less explosive, less an exploration of exorcism-like emotional intensity than meditative pieces that more often than not bring a hefty dose of funk to the table. – Jeff Terich

What We Said: The genre mash-up here on his second solo record Fyah, accompanied with modern bass line uses for the Tuba alongside melody taskmaster Nubya Garcia on tenor sax and Moses Boyd straight-mashing away on drums throughout, see one-third of the songs written with some type of EDM or Hip-Hop framework in mind.  On “Radiation,” Cross finds and paints a glaring bullseye on the sweet spot between J-Dilla style production, New Orléans Second Line Brass band tradition, and Caribbean accents. In essence, a whole lotta swing. – John-Paul Shiver

What We Said: They don’t tour relentlessly, their press is sporadic at best, and there aren’t many photos of the band in existence, but when they emerge from cold storage with eight remarkable tracks like those on Positive Disintegration, they offer a reminder of how incredible post-punk can still sound more than 40 years after the fact. And how contemporary it can feel in a society whose structures and safety nets seem ever closer to collapse. – Jeff Terich

What We Said: HEALTH are in many ways a replication of the angst and fire of early Nine Inch Nails, their same sense of pop songcraft wrapped up in an industrial/metal palette. It is a necessary fire. This is a sound the group have been mining for four studio albums, combining raw noisy bursts of electronic noise with distorted drum machines and, oddly, an almost shoegazing vocal aesthetic. That dollop of sweetness offers a human edge to an otherwise mechanical and harsh industrial goth-pop, offering a line to some interior aspect beyond the outer shell of teenage hormonal rage. – Langdon Hickman

What We Said: At 59, he’s done more and seen more than most, and arguably nothing to prove after a body of work that screams for itself. Yet his streak doesn’t relent; Sunshine Rock, Mould’s twelfth solo album, is among his strongest albums to date, as much a feast for the ears as it is an injection of adrenaline. – Jeff Terich

What We Said: Quiet Signs is no less intimate than her previous two. Yet where on past records Pratt stuck to a home-recorded D.I.Y. approach, this is her first album to be recorded in a professional studio. So while the stripped-down approach of mostly voice and guitar hasn’t changed much, the room has gotten considerably bigger, Pratt essentially inviting us into what feels like a private session that all of a sudden has a wealth of space. Pratt uses that to her advantage, taking the opportunity to add in the occasional piano, flute or keyboard—even a second guitar here or there—fleshing out her arrangements just slightly, even with the luxuries of higher fidelity at her disposal. – Jeff Terich

What We Said: One of the strongest assets of Mazy Fly is its sound palette. The synths live in the space between ‘60s novelty Halloween records and early ‘80s darkwave. The melodies ping pong across psychedelic soul and doowop. Cabral’s voice quivers like Lesley Gore, but she can moan as mournfully as Robert Smith. The connection that Cabral draws between early camp and early goth, finding the silliness and deep recesses of pain in both, is revelatory. – Ben Cohn

Spielbergs – This is Not the End

(By the Time It Gets Dark)

What We Said: This Is Not the End, their debut album, is less an introductory statement than the inevitable result of three veteran musicians achieving a kind of synchronized perfection. Though they’re a new band, the trio have each individually done plenty of time in other Oslo indie rock outfits, and it shows. Though there’s an energy and an enthusiasm about Spielbergs’ debut LP that suggests a kind of youthful brashness, the sophistication of their songwriting is anything but. – Jeff Terich