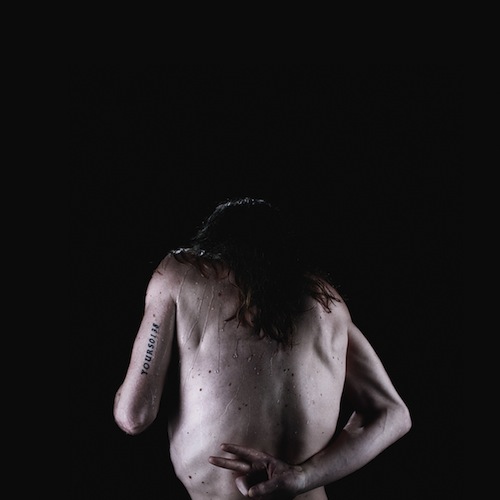 The mysterious, ecstasy-addled, beat-laden Swedish band formerly known as jj is now capitalized: JJ. Remember it. Get used to it. Get comfortable with it. But don’t necessarily read too much into it. Things have changed for the duo, but listening to JJ’s newest album V, one thing is abundantly clear: they still sound good. Really good.

With V, Joakim Benon and Elin Kastlander have taken an almost imperceptible detour away from the streets explored in their earlier albums. Familiar lyrics and themes crop up, as in the transposed “Dean & Me” on V versus “Me & Dean” from n° 2. One soars as an epic, sweeping movement that redefines the audible frequency in a way that implies there are gaps wide enough between sounds to hold universes, while the other slinks along as a live guitar and vocal number tacked on like an afterthought at the end of n° 2.

V is full of the polished sounds that have made JJ’s previous albums stunning opuses built on catchy instrumental loops and layered vocals. Tracks like “All White Everything,” “Full,” and “I” are so heavy they threaten to collapse inward, creating a musical singularity. They’re beautiful. Perhaps too beautiful. That contrasts starkly with the production decision to not tune Kastlander’s vocals. There are moments when she falters at the cusp of the proper note, and there’s something ironically angelic about it, because why does an artist decide to show their imperfections over the easy conceal? It’s baffling and attractive to hear this human vulnerability within the context of Benon’s and Kastlander’s slick production. The messy vocals—they’re right at home in the unkempt wilderness of the guitar/vocal track like n° 2‘s “Me & Dean.” That makes sense. This puzzling production decision on V is strangely alluring and respectable. Somehow it casts them as even more compelling artists.

In total, V is a solid release, and sits comfortably among JJ’s body of work. The album is beautiful and off-putting and intriguing in all the proper ways. If there is a weakness about it, however, it’s that it’s too close to their other work. Kills, n° 2, and n° 3 are so distinctive and strong on their own that following these albums with something equally as captivating is a tough job. V is right at home, however, and while the album could have benefitted from a more exploratory vein, it still showcases JJ as a singular force.