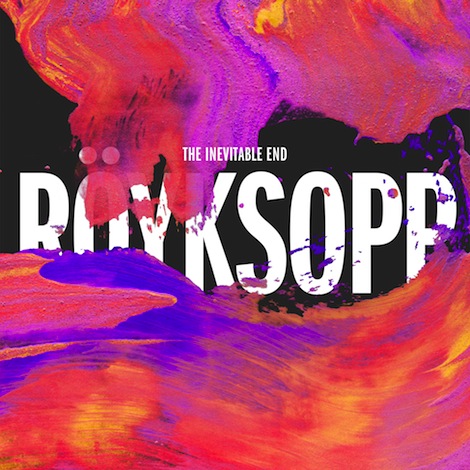 On Nov. 11, Norwegian electronic duo Röyksopp will release their “final album,” titled The Inevitable End. It follows their 2009 album Junior, and its more chilled out companion album Senior, and is being released via Cherrytree/Interscope. And today, there’s some new music to hear, in the form of a track called “Sordid Affair.”

The band described the song as “a recollection and contemplation of the emotional aspects of the endeavours as described in the track title. The difficulties of letting go of emotional attachments – even those of a questionable nature” It also features Ryan James of Man Without Country, who says, “I felt slightly out of my depth at first. I felt privileged to be asked to collaborate with Röyksopp, and to be invited into their unique musical world.”

Listen to “Sordid Affair” below.

Stereogum has pointed out that there’s actually another new song that you can hear on the band’s website. It’s called “You Know I Have to Go,” and you can listen to it here.