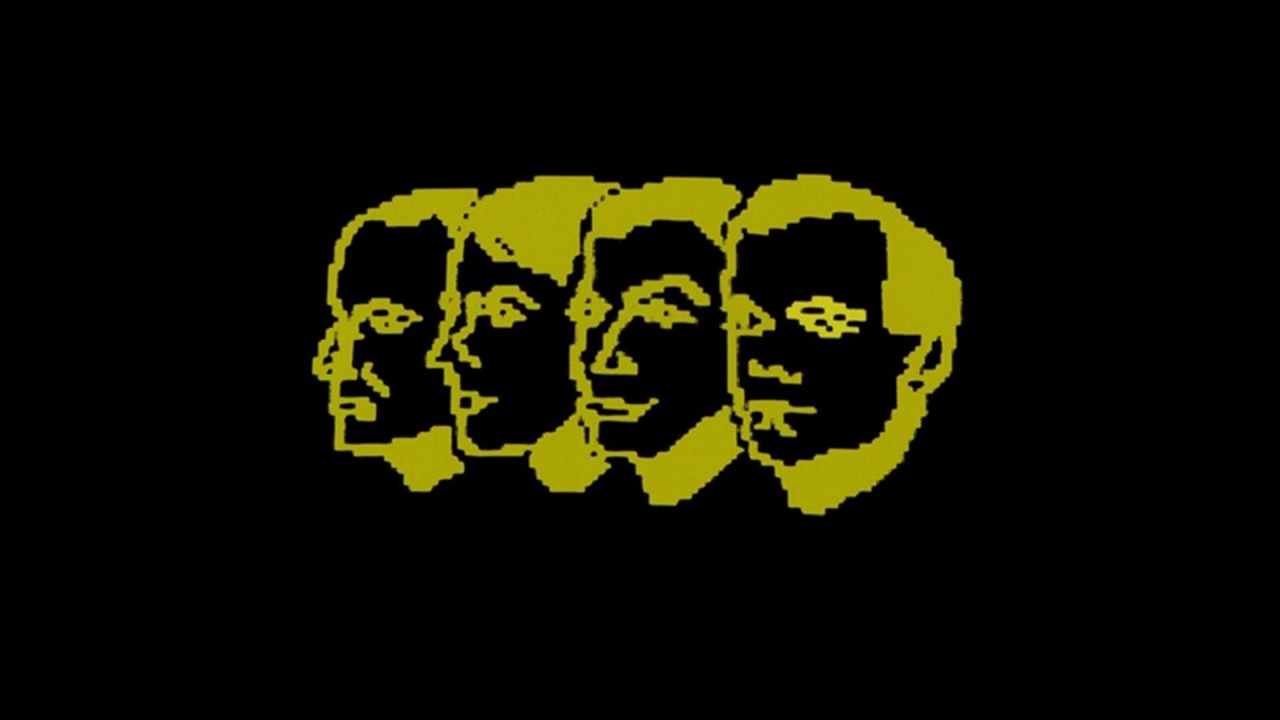 Pocket calculators. Made-to-order humanoids. The music video format. Some kind of dystopian emotional control device. These are some of the devices or technological advances, real or fictional that have inspired a number of songs. In fact, technology has been a central topic of popular music for decades, sometimes in the form of dated devices (“Skypager”) and sometimes in the form of dark visions of things to come (anything on our science-fiction albums list). With Black Friday ahead of us and masses swarming to scoop up whatever Silicon Valley creation goes on sale for the holiday season, we’re taking a look back at some of our favorite songs that incorporate technological themes, from robot servants to constant surveillance. Plus listen to our songs about technology playlist.

from The Pleasure Principle (1979; Beggars Banquet)

Dude, where’s my “Cars”? At the back of this album where it belongs, because while it’s a classic that imagines the automobile as a temporary fortress, it’s also mostly an instrumental groove based on buzzing, whining synths. If you want a real hot take on tech from Numan’s solo debut LP, go with this fan favorite from side A. Against an uncomfortable, honking march, Numan delivers a despairing half-chant from the point of view of a made-to-order being, his percentage splits of humanity and cybernetics unknown. And our protagonist knows all too well his limitations and place in the world, eschewing the happy endings of the worlds of Pinocchio, Philip K. Dick and The Matrix. – AB

There’s nothing like a good prediction, and British threesome Bruce Woolley and the Camera Club were definitely on it when they declared that video did kill the radio star. The song was made famous by The Buggles in 1980, as part of their debut with an equally fitting title, The Age of Plastic. Pointing out the changing tides of technology, The Buggles made a (maybe) inconvenient truth sound less scary through playful vocals and head-bopping progressions. “Video Killed the Radio Star” pieces together the dog-eat-dog world of technology wrapped up with a jingle-like repetition, inducing an almost loopy feeling. Bonus round: the track has been an answer on Jeopardy five times. – VC

The German synthesizer godheads wrote a clutch of legendary songs—“The Man-Machine,” “The Robots,” “Computer World” and more—that addressed technology’s ivy-like spread into everyday life and its stretch into a potentially nightmarish future. But we’ll focus here on this cut from 1981’s Computer World album, with Ralf Hütter chanting the praises of his device that’s more than a mere abacus (“I am adding/And subtracting/I’m controlling/And composing”) and Karl Bartos behind him corralling a Stylophone miniature analog synth. It’s one of the most playful moments in the Kraftwerk catalog, finding them in a friendly embrace of hand-held tech decades before the iPhone era. – AB

Talking Heads – “(Nothing But) Flowers”

A critical Joni Mitchell sang in 1970 that they paved paradise and put up a parking lot. Talking Heads flipped the script 18 years later but with the same intent, coming here to bury technology, not to praise it. And we mean that literally: David Byrne laments the relentless march of progress and urban sprawl by pretending to lament a fantasy world where nature had beaten both of them back. “This was a discount store/Now it’s turned into a cornfield,” the narrator wails against his friends’ falsely joyous Afrobeat. “Don’t leave me stranded here/I can’t get used to this lifestyle.” On this final single from the band’s final studio album, Talking Heads reach a peak of musical satire. – AB

In the canon of Kate Bush songs that eroticize inanimate objects, “Deeper Understanding” is neither as surreal nor peculiar as the time a snowman has a sexual encounter in “Misty.” But “Deeper Understanding” speaks to the human side of trying to find meaning and connections through technology. It’s about someone retreating from the real world in order to develop a relationship with a computer—complete with a vocoder-sung chorus to represent the digital intimacy—but the lede is a little bit buried. The narrator is hopelessly lonely and withdrawn: “I did not eat, I did not sleep/The intensity increasing/’Til my family found me and intervened.” It’s a sad, almost horrific scene, but there’s something at the heart of it that anyone can relate to: The need to feel a real connection with someone, something. – JT

Just about all of The Dismemberment Plan’s Emergency & I is about modern-age angst—it’s essentially OK Computer as performed D.C. post-hardcore style. “Memory Machine” takes the idea of disconnection-through-constant-connection to its dystopian extreme, invoking Aldous Huxley in predicting a future where emotions are manufactured and the masses are placated through mood control over genuine expression. Travis Morrison describes a device that can “wash away the grief,” but the manic freakout at the beginning and end of the song tell a much different story: “Red wire! Left temple! Black wire! Right temple!” It’s a little more fantastical than “Gimme Gimme Shock Treatment,” but not by that much. – JT

Ladytron started out as a band that employed a kitschy, robotic aesthetic inspired heavily by Kraftwerk (as well as Roxy Music, which lent the band their name). And in those first few years, the group delved heavily into tech imagery to solidify their aesthetic: “Commodore Rock,” “Mu-tron,” “Cracked LCD,” “Jet Age,” etc. “Startup Chime” takes their techsthetic a bit further by proposing “technology is there to cure yourself.” Dusty video cartridges and PC consoles are the path to enlightenment. Plug in, switch on, be saved. – JT

Röyksopp – “The Girl and the Robot” (feat. Robyn)

Given Robyn’s playful lyricism and the pulsing disco sound of Röyksopp’s 2009 Junior standout, “The Girl and the Robot,” it’s entirely logical to think this is an actual song about a cyber romance. Hell, if Kate Bush could do something similar 20 years earlier, it’s not like it’s entirely without precedent. It only takes a slightly closer listen to read between the flashing lights and LCD on this one: The robot is merely metaphorical. Or so one would think, given that Robyn’s singing from a place of unfulfilled emotional needs. Then again, it’s entirely possible that she’s addressing a real robot, and it’s just a deadbeat. Fembots have feelings too, you know. – JT

Clattering industrial beats and buzzing synthesizers make a natural backdrop for dystopian futurescapes. When you’re drawing up a narrative of a horrific future to come, it’s helpful to create a musical backdrop that mimics its sounds and mechanisms. That’s ostensibly the idea behind “Neuromancer,” a highlight from EMA’s similarly technology and surveillance-minded The Future’s Void. Yet in spite of its William Gibson-inspired title, “Neuromancer” sounds a lot more like the present. “It knows more than you about the things you do“; data-mining identity harvesters aren’t science fiction, they’re essentially an inevitable inconvenience these days. Which is what makes this all the more troubling. – JT

Lives aren’t lived so much anymore as they are live-streamed, documented via social media and backed up on remote servers. It’s a reality we’ve grown used to even if we don’t necessarily like it—nothing we do is really of any value unless someone else envies it. Or at the very least, if it’s on a smartphone, there’s proof that we exist. That’s the fairly bleak observation at the heart of St. Vincent’s funky, impossibly catchy “Digital Witness,” from her 2014 self-titled album. Annie Clark ponders an existential question over the song’s buzzing, charged chorus: “If I can’t show it, if you can’t see me/What’s the point of anything?” It’s an uncomfortable place to go if only because the answer somehow reflects back on our own vanity, FOMO and narcissistic need to be constantly validated. It puts into awkward perspective the trivialities of modern life. Pics or it didn’t happen. – JT