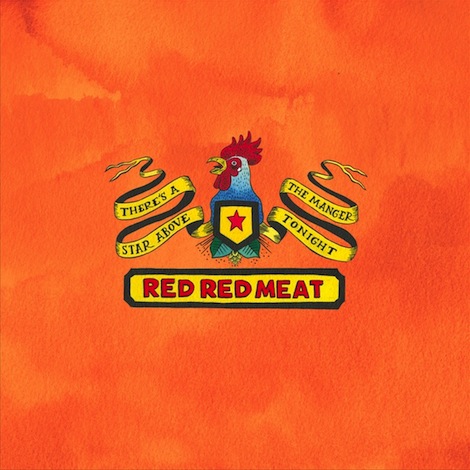 The catalog of cult Chicago indie rock band Red Red Meat is getting reissued on vinyl. The first in the series is the band’s catalog to be reissued is their final album, 1996’s There’s A Star Above the Manger Tonight, which is out Nov. 11 via Jealous Butcher. The reissue will feature five bonus tracks, including “Tin Hands & Lazy Motors,” which you can stream at Pitchfork.

The album was recorded at BJ’s Truck Stop in Chicago, where the band had jobs washing meat trucks. The environment influenced the record, as the band’s Tim Rutili says in a press release. “We were covered in blood at that job,” he says. “There was always blood. The dirtiness of the place definitely seeped into the music. That’s the dirtiest record we ever made.”

On March 24, a vinyl reissue of Bunny Gets Paid will be released, and on Oct. 13, 2015, they’ll issue a vinyl edition of Jimmywine Majestic. The band is also teaming up with Screwball Press to release a collection of posters, and also plan to release archival posters, photos and art from the band’s time together.