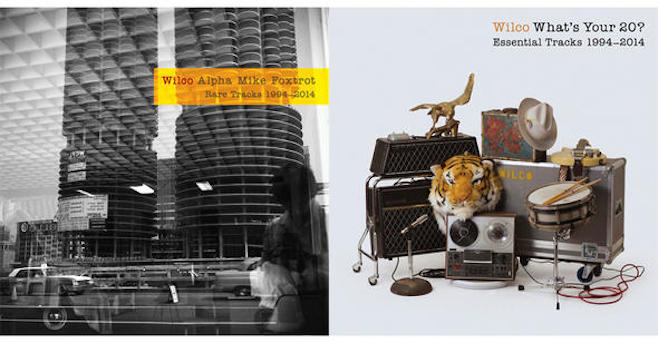 Last month, Wilco announced — for their 20th anniversary — that they’d be releasing both a rarities box set and a hits collection, and today, the band has offered up the details about what both of these releases entail. First, Alpha Mike Foxtrot is a four-CD or -LP set (also being released in digital format) that features rarities and live recordings. It also includes liner notes from Jeff Tweedy, Nils Cline and John Stirratt, as well as archival photos. You can check out the box set’s tracklist here. It’s out Nov. 17 via Nonesuch.

The band is also releasing a two-disc best-of compilation titled What’s Your 20? Essential Tracks 1994-2014. It features highlights from every record in the band’s discography from 1995’s A.M. up to 2011’s The Whole Love (though that record’s “Dawned On Me” is suspiciously absent). The set does, however, pull most heavily from 1996’s Being There, 1999’s Summerteeth and 2002’s Yankee Hotel Foxtrot, and rightfully so. It’s also out Nov. 17, and you can check out the tracklist below.