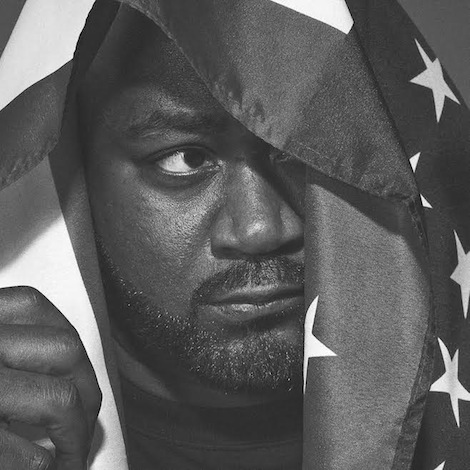 Toronto-based experimental hip-hop jazz group BadBadNotGood started off making some interesting and innovative Bandcamp releases featuring unconventional reworkings of hip-hop tracks from the likes of Gang Starr, Nas, Ol’ Dirty Bastard and Lil B. Earlier this year, however, the group released new album III, their first album of all-original material — which is definitely worth hearing if you haven’t done so yet. But the group is definitely still pursuing their own uniquely hip-hop-inspired path, this time with an all-star emcee, from Wu-Tang Clan, no less: Ghostface Killah.

On Feb. 17 in the United States, and one day earlier in the UK, BadBadNotGood and Ghostface Killah will release a new album called Sour Soul, via Lex Records. So far the tracklist has not yet been revealed — though that image of Ghost wrapped in the flag above is, most likely, the album cover — but the album was produced by Frank Dukes (50 Cent, Danny Brown), and will feature the previously released “Six Degrees,” which features both Ghostface and Danny Brown.

And while we wait for more of the details to come trickling down this way, you can listen to another new track from the album, titled “Gunshowers,” which features both Ghostface and Elzhi. Turn up the jam.