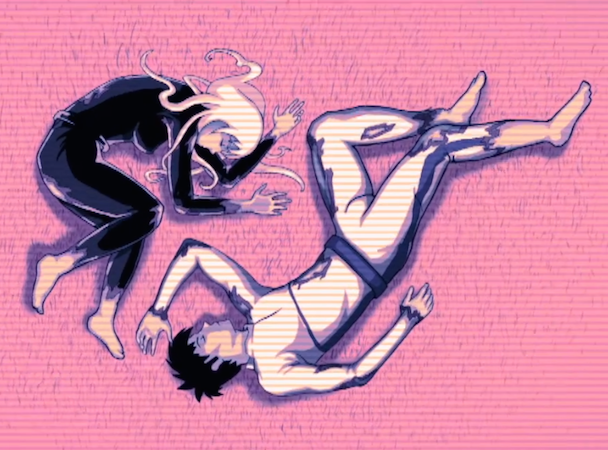 There’s been a lot of Chvrches news lately, mostly as a result of the Glasgow-based synth-pop band’s connection to a couple of compilations being released on the horizon. They’re contributing a new song to the upcoming Hunger Games: Mockingjay soundtrack, titled “Dead Air,” which they’ve previewed at a few live gigs in the last year. The band is also contributing to an updated version of the Drive soundtrack, and released new song “Get Away” earlier this week. But while there’s still likely a fair distance ahead of us until the band releases another new album, they’re still releasing videos from last year’s excellent The Bones of What You Believe (our No. 25 album of 2013). The latest clip from the album is “Under the Tide,” which features vocals from Martin Doherty. It’s a space-age and trippy video that features anime footage between shots of Doherty singing.

This fun, animated space capade was directed by Sing J. Lee. Watch the Chvrches “Under the Tide” video below.