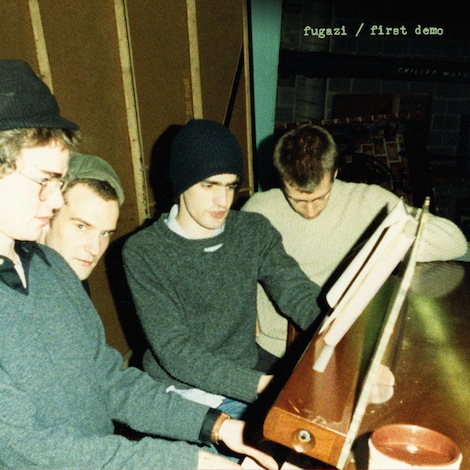 On Nov. 18, Fugazi (via Dischord) will release First Demo — the band’s actual first demo recordings, which they put on tape at Inner Ear Studios in Washington, D.C. in 1988 after the band had only played 10 shows. The demo recordings comprise songs that later showed up on their first couple of EPs and 1990 debut album Repeater. The band has shared the demo recording of “Merchandise,” a Repeater highlight. And it sounds considerably different than the album version — dig the piano!

The LP, CD and digital reissue of the demo tape will feature the original 10 songs from the demo, which includes the rarity “In Defense of Humans,” originally released on the State of the Union compilation in 1989. The reissue also includes another track recorded during the session, “Turn Off Your Guns,” which was not included on the original demo. Listen to the Fugazi “Merchandise” demo below, and check out the tracklist for the reissued demos.

Read our Celebrate the Catalog feature on Fugazi for an overview of their discography.