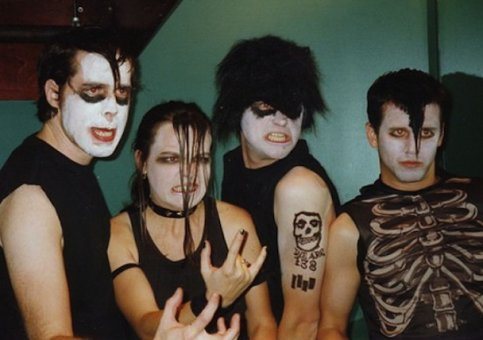 It’s hard not to love a band that loves Halloween. And you know which band really loves Halloween? Superchunk does. Yes they do. The image you see above is the band’s Misfits costume from 2011, which is currently their Twitter avatar. And we don’t blame them for recycling a classic. But this morning, the North Carolina indie rockers shared another fun, new spooky cover with an announcement via Instagram. This year, the band has dug deep into the gothic rock archives with a cover of the classic 1985 Sisters of Mercy song, “First and Last and Always.” Superchunk: Winning Halloween since at least 2011. Your move, Ted Leo.

Listen to Superchunk’s cover of “First and Last and Always” below.

For more on gothic rock and Sisters of Mercy, consult your local library, or read our list of 10 Essential Gothic Rock Albums.