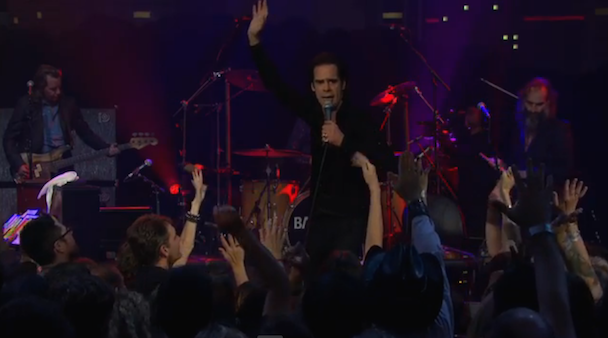 Last year, Nick Cave and the Bad Seeds released the excellent Push the Sky Away. And starting this fall, they’re embarking on a thorough campaign to reissue all of their albums on vinyl (some of which have already been released, at least in the UK). So it’s fitting that the legendary post-punk-blues band would perform a powerful set on Austin City Limits, with material plucked from quite a few of their albums, all the way back to “From Her to Eternity.” The set aired on TV Saturday night, and because the ACL team is so damn generous, you can now watch the entire thing through the magic of the Internet.

It gets even better, though! There was actually a web exclusive video of “Stagger Lee” that you can watch here (probably because it’s a bit violent/profane for TV). In any case, Nick Cave and the Bad Seeds put on one hell of a show, so set aside some quality time for this one. It’ll be worth it. Watch the Nick Cave and the Bad Seeds Austin City Limits performance below.