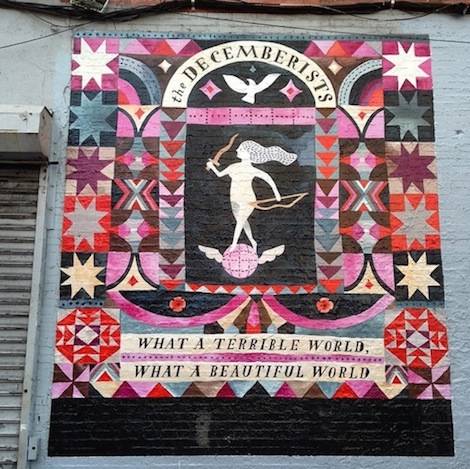 Last month, The Decemberists announced their new album What a Terrible World, What a Beautiful World, via a street-busking performance from the group’s frontman, Colin Meloy. And today, we now have some details to share about the album. The band’s follow-up to 2011’s The King is Dead will be released Jan. 20 via Capitol, and the group has just released the first track from it, titled “Make You Better,” via a video track visualizer.

The band has also announced the tracklist to the album, which you can check out below, along with the stream of “Make You Better.” Plus the band has some European tour dates lined up. See those below.

The Decemberists What A Terrible World, What A Beautiful World: