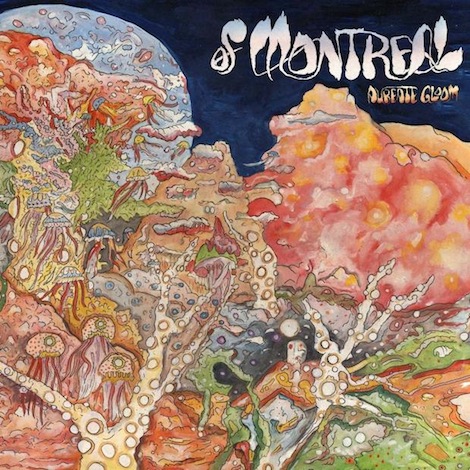 Of Montreal has had a pretty hectic release schedule, pretty much ever since Kevin Barnes started the group back in the ’90s. And a little over a year since Of Montreal released last year’s Lousy With Sylvanbriar, they’ve announced its follow-up. The group’s new album, Aureate Gloom, will be released on March 3, via Polyvinyl. Hear new track “Bassem Sabry” below, along with the album’s tracklist and updated tour dates.

Kevin Barnes says in a press release that Aureate Gloom is an emotional record: “I was going through a very stormy period in my life and felt like I was just completely trashed. I might be guilty of sharing or exposing too much of my private life, but to me the best albums are those that help people connect with an artist on a deep, human level and that do so without too much artifice or evasiveness.”