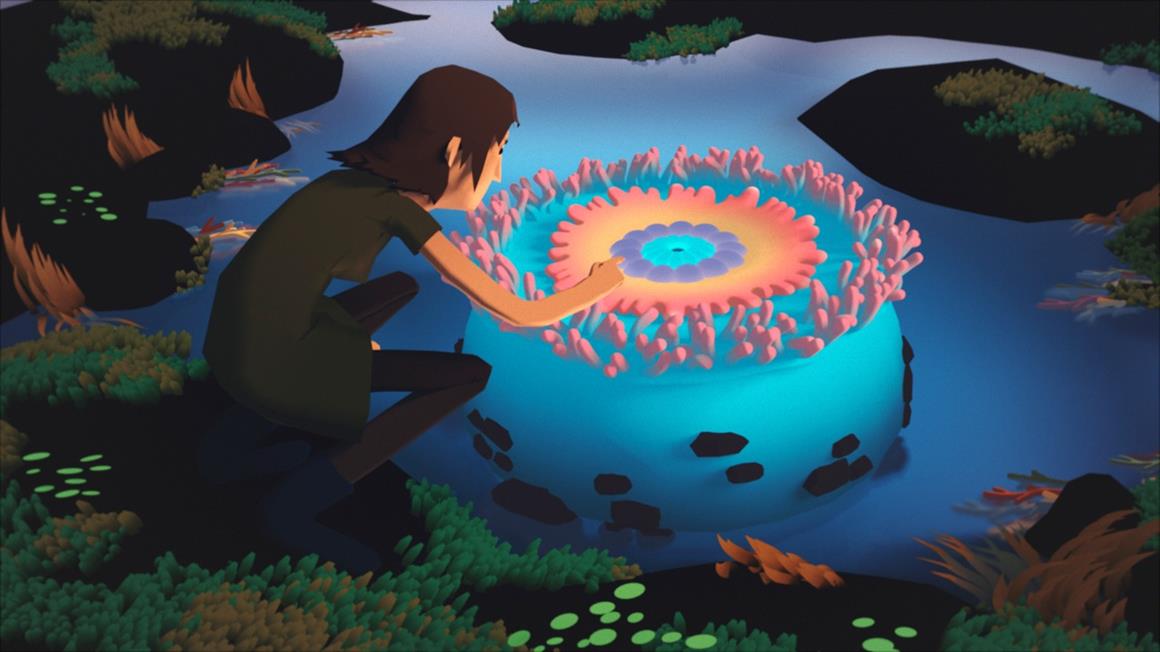 On January 13, Noah Lennox, aka Panda Bear, will release Panda Bear Meets the Grim Reaper, his follow-up to 2011’s Tomboy. In October, Panda Bear debuted the lead single from the album, titled “Mr. Noah.” And today, the psychedelic pop artist and Animal Collective member has debuted the video for another new track, “Boys Latin,” via Adult Swim. It’s a trippy animated clip, directed by Isaiah Saxon and Sean Hellfritsch from Encyclopedia Pictura. It depicts a boy in a vivid fantasy world who finds a strange, pulsating organism that looks a bit like a sea anemone, but much weirder than that. And then he starts to have some odd reactions to it, which give the video an even more surreal feeling. It’s a fun watch, and definitely colorful. It’s a nice way to welcome Panda Bear back after the last couple years.