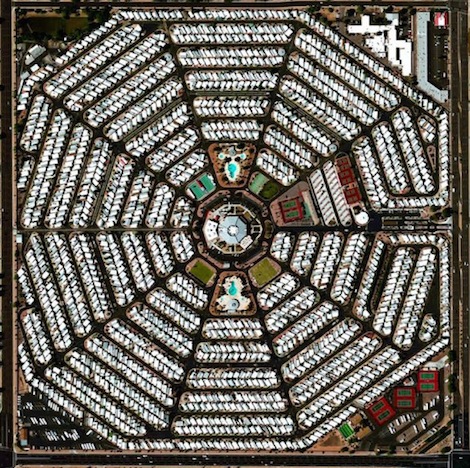 Modest Mouse are throwing a party, but you might not like how it ends. On their first single in half a decade (and lead track off their first record in seven years), Isaac Brock leads the band through a three minute analysis of humanity’s apathetic tendency towards waste and destruction. As Brock repeatedly vamps, “this is how it’s always been and this is how it’s gonna be” and we’ll just “spend some time/ roaming outer space/ find another planet/ make the same mistakes.” Bummer, dude.

But, for as much as “Lampshades on Fire” wallows in Brock’s usual sense of cynicism, it’s also the band’s catchiest single since “Float On,” melding the band’s experimental indie-rock with disco-beat verses and a Motown inspired breakdown. Shimmering strings and and layers of rhythm transform Brock’s rant into a public announcement of sorts; if he’s gotta break the news, he’s gonna do it in style.

In the past, Modest Mouse singles have served as condensed foreshadowing for the band’s full-length records, both thematically and in regards to overall sound. If that’s the case this time around, we can expect a fun-and-fiery LP when Strangers to Ourselves drops — perhaps a concept album about an apocalyptic after-party? Whatever the case, you can be sure that these good times might just kill you. (Sorry; couldn’t resist.)

[from Strangers to Ourselves, out March 3]