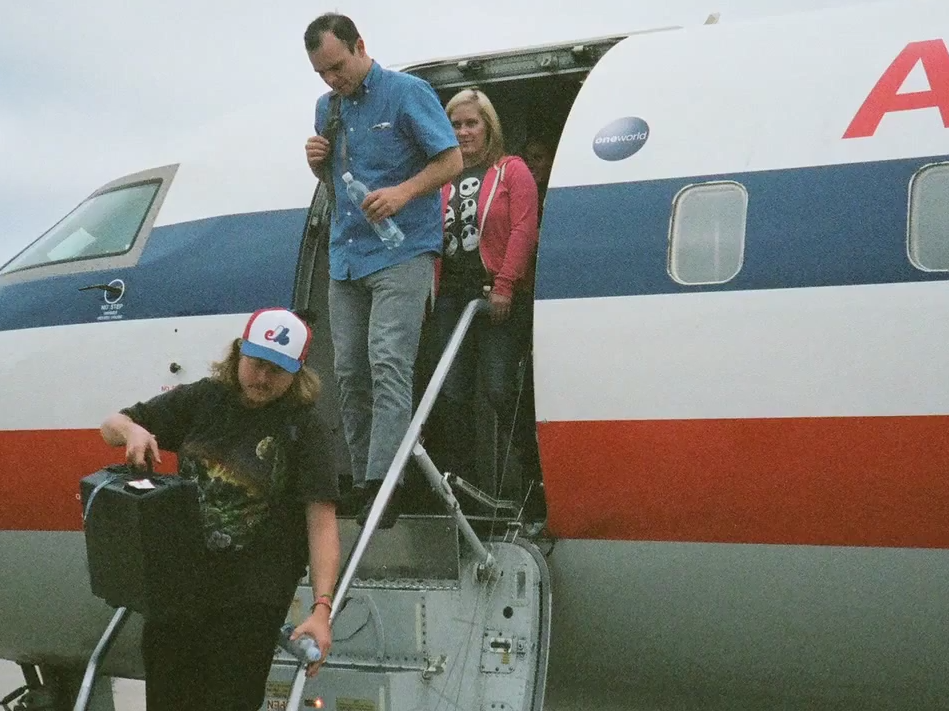 Future Islands are wrapping up a pretty incredible year, thanks to the success of their new album Singles and leadoff track “Seasons (Waiting on You)”, each of which are featured on our lists of the best albums and best songs of 2014. And as the year passes into the rearview, a new, seven-minute Future Islands documentary has been released, titled Road Dawgs. It’s a sincere, melancholy portrait of a band who puts everything into their music, and the exhausting toll that touring can sometimes take — especially when it rarely slows down. But there’s also a joyful side of it, with some great live footage of the band, including Samuel Herring’s ecstatic presence as frontman. If you haven’t seen them live, this should give you a pretty good idea of just how intense they are when they step onto the stage.

The short film is directed by Jay Buim, who also directed the video for “Seasons (Waiting on You)“. Watch Future Islands documentary Road Dawgs below.