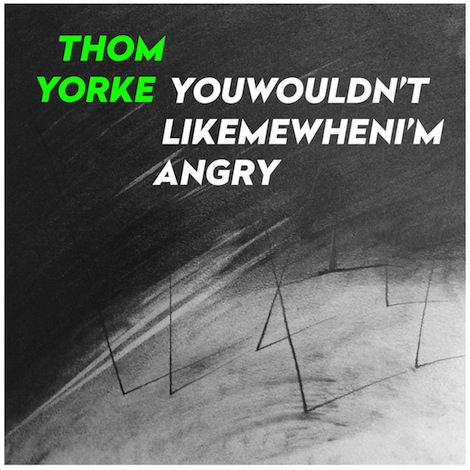 Earlier this year, Thom Yorke dropped a surprise album on fans (not unlike the way Radiohead did with In Rainbows or The King of Limbs) in the form of Tomorrow’s Modern Boxes, which was released via BitTorrent. Now, Thom Yorke has launched his own Bandcamp page where he has posted the album up for purchase, along with a brand new track, titled “Youwouldn’tlikemewhenI’mangry.” He’s selling the album in digital formats, along with a vinyl edition, and he’s also added some shirts and posters to the merchandise page. So, if you need to come up with some last minute, belated Christmas gifts for the Thom Yorke fan in your family or circle of friends, well, here’s your opening.