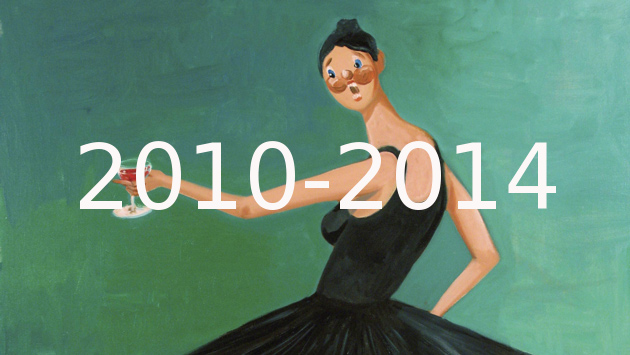 We just closed out the end of 2014 with a series of lists of our favorite music of the year, and it was exhausting. But we spent some time resting over the holidays, and now we’re ready to drop a few more lists on you in 2015. In case the math didn’t register, we just wrapped up a half-decade, and in that time, a lot has happened in music. We’ve seen the album die and be resurrected several times over. We’ve seen vinyl sales rise to their highest level since the ’90s. We’ve seen new genres come and go. And we’ve seen a lot of Kanye. A whole lot of Kanye. Drake too!

All this week and next, we’re going to be looking back at the last half-decade with a series of articles, including the Top 100 Songs of the Decade So Far, and the Top 100 Albums of the Decade So Far. We’re starting with songs later this week, so start placing bets on what landed in the top 20. The albums list will follow next week. And in addition to the lists, we’ll also be running a series of essays and other articles reflecting on music and trends of the past five years.

Today we start off with an article on genre and how unwieldy it’s become in recent years. You can read that here.

On Wednesday, we’ll reveal our favorite songs of 2010-2014. And in the meantime, we’re back to publishing daily reviews. So get comfortable while we take stock of five overwhelming years.