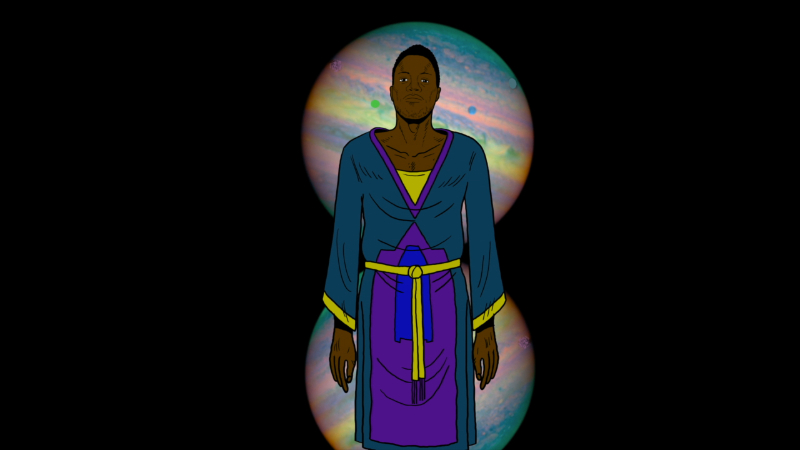 Seattle-based progressive hip-hop group Shabazz Palaces has just debuted the new video for “Forerunner Foray,” one of the highlights from their latest album Lese Majesty, courtesy of Gorilla vs Bear. The animated clip is directed by the duo’s Sub Pop labelmate Chad Van Gaalen, and takes the viewer through a trippy journey that involves blooming underwater plants, planets, a pharaoh, Magic Johnson on a slice of pizza, a mystical temple of sorts with a giant goddess, cosmic horses and other surreal and weird visuals. It’s pretty out there and pretty awesome, much like all of Shabazz Palaces’ other videos. We don’t guarantee that you’re going to have any idea what’s going on at any given time throughout the clip, but it’s a fun ride anyhow.