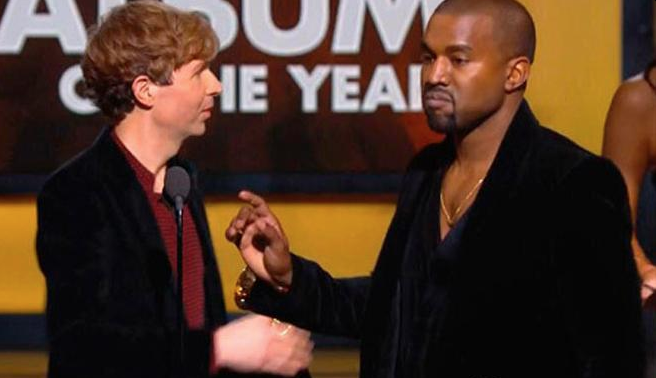 The 2015 Grammy Awards, if you weren’t keeping up with it, were a pretty big spectacle, and one that involved some pretty oddball performances from Sia and Pharrell, among others. But some artists got some awards, too, most of which were handed out in the pre-awards ceremony that isn’t actually televised. Seems fair — more time to party afterwards.

This year’s Album of the Year Grammy went to Beck for his new album Morning Phase, and his acceptance speech was almost interrupted by Kanye West, though he held back from doing so, unlike his Taylor Swift mic-jacking from a few years back.

Sam Smith cleaned up with a whole bunch of awards, including Best New Artist and Song of the Year, as well as Record of the Year and Best Pop Vocal Album. Beyoncé won Best R&B Performance for her single “Drunk In Love,” featured on her 2013 self-titled album. Aphex Twin won Best Dance/Electronic Album for Syro. St. Vincent won Best Alternative Album for her self-titled 2014 album. Jack White won Best Rock Performance for “Lazaretto,” off his album of the same name. Kendrick Lamar won Best Rap Performance and Best Rap Song for “i”.

Check out the full list of 2015 Grammy winners here.