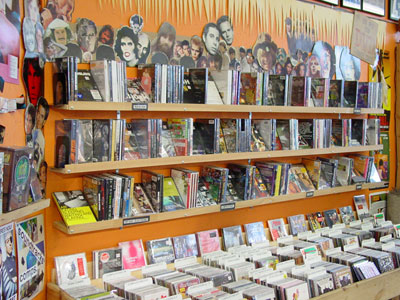 After decades of Tuesday being the U.S. industry standard for new album releases, the industry is set to adopt Friday as a global release day for new music, according to a new report from Billboard. Right now, there isn’t an international standard, which leads to albums being released on different days in different countries; for example, when a record is released in North America on Tuesday, it’s usually out a day earlier in the UK. The transition will take place this summer.

The International Federation of the Phonographic Industry chose Friday because consumer traffic hits a peak on Friday and Saturday.

“Implementing this project across markets worldwide is going to be no small task,” writes IFPI president Frances Moore in a statement. “We asked our IFPI national groups to form working groups just for this task when discussions started last summer. Retailers, chart companies, labels and artists need to be involved. The key tasks of these working groups will include: adapting the charts to a Friday release for countries that presently have a different day; managing the process and system changes between different parties in the supply chain; marketing and branding so that there is a clear brand and consumer awareness around Global Release Day; and dealing with glitches that will inevitably arise during the process of the switchover.”

The American Association of Independent Music and the Department of Record Stores pushed for Tuesday to become the global standard, arguing that making the transition easier for the top two markets would save costs for smaller players in the business. “A2IM supports the concept of a global street date but, for a variety of business reasons as spelled out in our previous comments, there are a number of business hurdles that make Fridays less optimal for the United States marketplace, and independents in particular,” said A2IM president Richard Bengloff. “That said, as part of the worldwide music community, A2IM will endeavor to make the transition as smooth as possible for our members and our commerce partners and a success for our artists’ fans.”