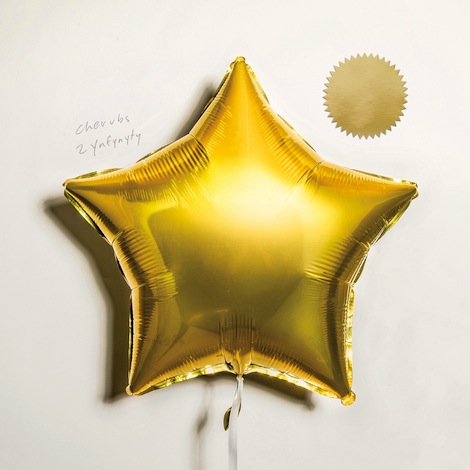 These are fortuitous times for anyone with an ear for the noisy, the heavy, and the dissonantly melodic. Bands like Metz, coupled with the roster of the Exploding in Sound label, are leaving a rank trail of blood and sweat in their efforts to remind us of a time when Amphetamine Reptile and Touch and Go let their metallic shriek be heard across this great land. Not that we necessarily need a refresher, considering Shellac just released a kickass new album last year, and Drive Like Jehu is playing shows again after a 19-year hiatus. But it’s at least refreshing to know that there’s not just the demand for new developments in muscular, melodic murk, but an ample supply as well.

The return of Austin’s guitar-slinging misanthropes Cherubs might very well be coincidental in the context of this post-hardcore resurgence, but it’s a welcome return all the same. Though they never received the same kind of acclaim that sonic peers like Helmet or The Jesus Lizard did, Cherubs took noise rock — or pigfuck, if you prefer — to its gnarliest depths on classic albums like 1994’s Heroin Man, released on Butthole Surfer King Koffey’s label, Trance Syndicate. The band never quite got their due, though over time they’ve come to be regarded as cult favorite punk rock miscreants on the level or Cows and Killdozer. But with 2 Ynfynyty, their head-scratchingly named fourth album (and first in 19 years), Cherubs prove that their well of sludge hasn’t gone dry.

In fact, the growling, menacing guitar sounds Kevin Whitley wrestles from his instrument on 2 Ynfynyty are some of the ugliest I’ve heard in some time, which is worthy of some kind of merit on its own. This is a breathtaking kind of ugly — a brutal and beastly rock sound that provides the best answer you’re likely to get when it comes to the question of how heavy you can sound without being metal. Yet Cherubs certainly encroach on that line, bringing to mind the bowel-rumbling punch of Melvins on tracks like the awesome and intense “We Buy Gold.” It’s not always about the guitars, though; the one-two punch of “Sandy on the Beach” and “Crashing the Ride” are all about the merciless thud of bassist Owen McMahon and drummer Brent Prager. Once you’re caught up in that rhythm section row, there’s no getting out of it without some nicks and scrapes.

As vile and venomous as the sound of 2 Ynfynyty is, Cherubs deliver a handful of bona fide anthems here, or at least their own mutant equivalent. The six-minute “Monkey Chow Mein” is Zeppelin gone AmRep, its motorcycle-engine riffs only partially obscuring what’s ultimately a badass blues rock song. And the back-and-forth between Whitley and McMahon on “Evil May Acre” brings to mind the burly Thin Lizzy-isms that Harvey Milk attempted on The Pleaser. To say that 2 Ynfynyty is, at its heart, an old-fashioned rock ‘n’ roll hotel-room wrecker might be a bit misleading; there’s nothing straightforward the sheer volume and overdrive belch that Cherubs concoct. That doesn’t mean it’s not one hell of a ride.