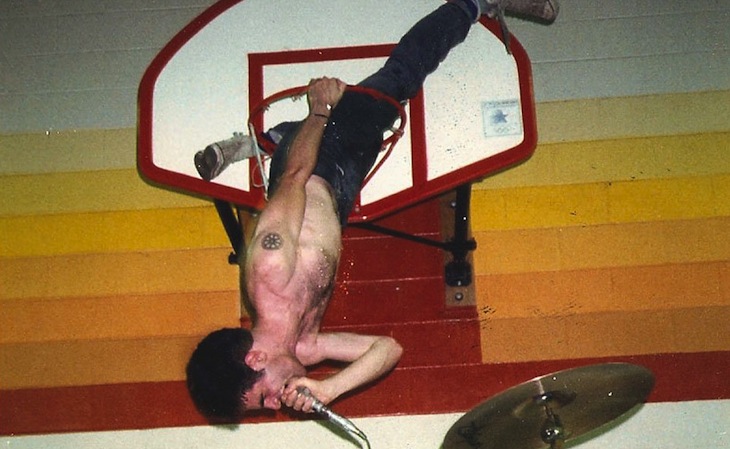 Is punk dead yet?

We’ve been sitting in the waiting room for what seems like ages, and it’s been a spell since anyone reported back with a conclusive pulse-check. And I’ll be the first to admit that, for a while there, I wasn’t spinning many punk records released past The Ugly Organ (Cursive, 2003) and even then we were asking “is it really punk?”

It’s a tricky question because, when it comes down to it, “punk” isn’t really a description of sound as much as it is a reference to a feeling. We know it when we hear it, but we can’t always quite agree on it. We know that Elliott Smith, alone with his acoustic six-string, is decidedly more punk than the psuedo-political radio rock of Green Day, and we know that Sleater-Kinney will always be a punk band, even if they head an all-acoustic tour with an orchestra of ukuleles. In fact, that might just make them more punk. It can be difficult to put a finger on the reasoning behind it all.

Perhaps it has something to do with timing and relevancy. The Sonics, Iggy Pop, Patti Smith and MC5 are time-honored fore-bearers of punk, but get four musicians in a garage and teach them those same chords and you don’t have a punk band– or even a proto-punk– band. You’ve got garage rock. Or maybe, if you’re lucky, you’ve got some indie-rock innovators. But ‘punk’? C’mon, we don’t just hand that title out to anyone.

We can agree that not all fast rock ’n’ roll is punk (and vice versa), but can we also agree that– no matter how you size the genre up – the past couple years have not been unkind to punk? Sure, hardcore (Fucked Up, The Bronx) and post-hardcore (METZ, Cloud Nothings, Big Ups) don’t sound exactly like they used to, but they still embody that not-so-tangible, rebellious spirit that we’ve come to expect from the genre. Because, as fans of punk rock, we’re searching for catharsis and, ultimately, acceptance of some degree. We want assurance that we aren’t alone in our insecurities about the modern world, or our hesitation to buy 100 percent into the pop culture norms of the day. 1977 was an awful long time ago, but that release is still right around the corner.

Punk rock changed my life, and I’m a firm believer that it’s still altering more timelines than ever in its current state. (Whether it’s dead, alive or zombified, I’ll leave up to you.) So, to honor all the great underground (and not so underground) tunes flooding basements, venues and SoundCloud streams across the world, I’m launching Full Disclosure, a column that searches out that catharsis and presents it in a monthly, bite-size format. Every month, I’ll start off by waxing philosophical on current happenings in the genre or reflecting on monumental moments from its past. (I’ll try to keep it short.) Then, I’ll lay out streams of my 5 favorite new tracks of the moment, as well as a quick run-down of noteworthy new releases. So, is punk dead yet? If all goes well, we should have a new answer to that question every four weeks.

There you have it! Welcome to Full Disclosure. Make sure you browse the thunderous tracks below, and be sure to stop in next month for another blast of gritty, grungy goodness.

In-depth rundowns of the five best punk tracks of April 2015.

Hailing from Brooklyn, Advaeta push Cocteau Twins-style dream-pop through a gritty garage-punk filter, coming out the other end with a distorted mess of the best caliber. But on “Church Cult,” Advaeta don’t stop at innovative genre mashing, infusing their sound with beautiful irreverence through lines like “Love/ Love/ Does it give you?/ Does it suck your cock?” There’s a decisive element here that reminds me of acts like Chastity Belt – slightly subdued instrumentals serving as a tongue-in-cheek delivery method for a message that is viscerally and uncompromisingly feminist.

[from Death and the Internet, out April 28; Fire Talk]

Winnipeg trio KEN mode is one of my favorite heavy music acts out there right now. Their complex sound– straddling the lines between post-hardcore, noise rock and sludge metal– puts them in the unique position of being eligible for both this column and my buddy/cohort Jeff Terich’s metal column. But, with all due respect to Terich, I’d argue that the band’s sixth LP will land more solidly in the category of “extreme punk.” Recording with Steve Albini and channeling influences pulled from the world of ‘80s and ‘90s post-hardcore and alt-metal, Success promises to be a tribute worthy of praise of its own right. When “Blessed” fires out of the gate, it sounds a lot like an early-era Helmet track fronted by a young, rage filled Albini. But as the track crawls forth, KEN mode adds countless layers of noisy sludge, eventually culminating in a beautifully traumatic breakdown. Check it out for yourself; you might want to hold on to your seat though.

Toronto post-hardcore trio METZ destroyed 2012 with their tight-yet-brawny self-titled debut and, if the evidence so far is any indication, they plan to top themselves in 2015 with sophomore LP II. “Spit You Out” rips forward as a grimey, grungy hook and charging rhythm section light a fire under Alex Edkins’ shouts of “Smiling out/ open wide/ turn around/ spit you out.” It’s the best of both worlds: A brutal, angst-infested crusher with enough nuance and writing chops to carry it to the next level. Between that chaotic energy and the mind-melting breakdown at the three-minute mark, METZ have me counting down the days until II hits my headphones.

I had the pleasure of seeing Philadelphia noise-punk duo Pinkwash open for Ought in Indianapolis last year, and I’ve been looking for an opportunity to share them with the Treble fam ever since. Joey Doubek’s explosive, pedal-powered layers of guitar are held together by Ashley Arnwine’s straightforward-yet-pummeling drum work, and there’s something about the combination that is both disorienting and motivating. The band has yet to release a full length, but “Cancer Money” is more then enough of a hold-over in the meantime. It’s a painful, cathartic track that finds Doubek exploring the range of complex emotions that his mother’s death (in 2009, from breast cancer) continues to release upon him. Instead of transferring that energy into something sappy or overindulgent, Doubek and Arnwine prefer to tackle the unimaginable with foreboding rage, and it pays off ten-fold in a track like this.

Louisville’s White Reaper don’t like to overcomplicate things. They pummel through two minute long garage punk songs, preferring to layer their scrappy guitars and bouncing keyboard over one another than take turns. But, at the same time, there’s a profundity in their songwriting that cuts straight through on a track like “Make Me Wanna Die,” off of the band’s highly anticipated debut LP (which follows an EP and exhausting touring last year.) It’s simultaneously cheerful and dismal, and a really hopeful indicator of what these young punks might bring to the table by the time their July release date rolls around.

[from White Reaper Does It Again, out July 17; Polyvinyl]

Sick Feeling’s Suburban Myth: Pulling past members from projects like Ink & Dagger and …And You Will Know Us By The Trail of Dead, Sick Feeling offer blistering hardcore that turns its critical eye on the middle class, suburbia and higher education while offering the kind of extreme genre mashing that fans of Geoff Rickly supergroup United Nations will be no stranger to. (Rickly’s own boutique label, Collect, put out the record.) (January 20; Collect/Terrible)

Screaming Females’ Rose Mountain: Marissa Paternoster is at it again, shredding and wailing her way through a set of ferocious riffs and anthems. This time around, there’s a little more pop-rock appeal; the band worked with frequent Mastodon producer Matt Bayles to construct a beefy, classic rock influenced sound.  (February 24; Don Giovanni)

Cherubs’ 2 Ynfynyty: Some comebacks can be chalked up to ‘too little too late’ or a desperate act for attention. The return of early ‘90s noise-punk innovators Cherubs is the real deal. The Austin post-hardcore (ish) outfit returns in full force, mixing brutality and bizarreness in a manner that feels as immediate as it did during the band’s two-year run over two decades ago. (March 17; Brutal Panda)

Chastity Belt’s Time to Go Home: Even more so than on their debut, Chastity Belt play a sneaking sort of punk, hiding beautifully straightforward, feminist anthems in plain sight among layers of whimsical, often sugary pop-rock. That may sound like an odd way to describe a punk album but, in my book, an album that boasts anthems plainly denouncing mansplaining and slut shaming is an album that makes the punk list. (March 23; Hardly Art)

Lightning Bolt’s Fantasy Empire: Everyone’s favorite Providence, RI-based noise-rock drum-bass duo took an interesting turn on their seventh LP– they headed into a proper studio. But rather than cleaning up their intense sound, that process served to better enunciate the bands harsher moments, many of which are more obviously influenced by modern metal than ever before. (March 24; Thrill Jockey)