Van Morrison is part of a very small group of solo artists of his generation — Bob Dylan, Joni Mitchell and Neil Young spring to mind — whose career is measured, even by the general populace, by art rather than fame. For half a century the native of Belfast, Northern Ireland has chased a slippery muse that’s done time in the houses of visionary poets, emigrants and the architects of American roots and R&B musicians. As such, he’s known for never making concessions creatively. The notion of a “marketplace” is foreign to him, an unwelcome intrusion to the business at hand.

Morrison’s work from 1967 to 1974 is regarded as some of the most furiously innovative rock-based music imaginable. His records from 1977 to 1983 prepared the innovations to carry further into the future. Though his iconoclasm is clearer than a freshly-cleaned window, his influence on the direction of mainstream popular music is at once subtle and resonant. The notion of going inward to project outward is a Morrison trademark, especially live. He’s half singer and half summoner. His best work appears and feels like it’s emanating from somewhere else — an unincorporated alpine peak, a watery substrata or somewhere even more untouched by real estate. With the volumes of experience his music describes, it’s remarkable that none of his work possesses even the barest strand of cynicism, no matter how light or dark the emotion gets.

This CTC feature covers a specific selection of the Van Morrison discography from his ad-hoc debut on Bang Records through all his Warner Brothers titles (excepting the live album It’s Too Late to Stop Now, which you can and should go get). These 14 records chart his progression from R&B believer to literary spiritualist. It’s one of the most fascinating arcs in the annals of popular music, and an intensive catalog that encourages active listening to obtain an understanding which, let’s face it, we may have no chance of ever getting. But Van’s work proves that not all mysteries have to be solved to be enjoyed. 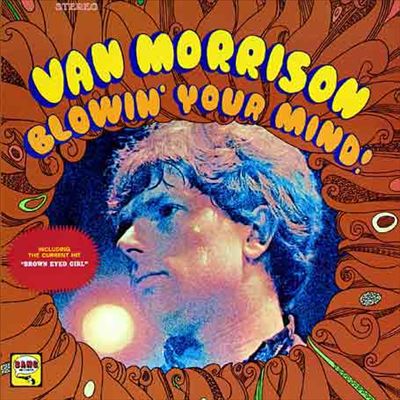 Morrison’s first album was culled from the March 1967 sessions that produced his first hit, “Brown-Eyed Girl,” and was compiled by Bert Berns without Morrison’s direct input. Packaged with commercially proper but Van-averse psychedelic symbology, Blowin’ Your Mind feels like a sampler of his raw talent without much context. There’s nothing really wrong with it, especially for a debut album: “Brown-Eyed Girl” remains alluring, “Who Drove the Red Sports Car?” is idiosyncratic and amusing, and the cover of “Midnight Special” is driving and firm. The rest play off then-current styles (Dylan, fake Latin) that aren’t really Van’s own and feel more like games of rock and roll dress-up – with one immense, vital exception.

“T.B. Sheets” is a 10-minute, two-chord blues meditation on the first awareness of mortality. A monologue from a young man witnessing his terminally ill girlfriend’s penultimate, bed-ridden moments, it’s a study of youth unable to differentiate heartbreak from anger, guilt from aloofness. Morrison, psychosomatically suffocated and seeking open air, longs to escape, unable to face or comprehend Julie’s painful descent into rest. He’s swarmed by decay’s scent, stuck with childish impulses to pretend or deflect. A jagged, vibrating electric guitar keeps his feet planted, but piercing interruptions from his harmonica jar him back into shock. “T.B. Sheets” lays the foundation for themes Morrison was about to espouse long-term, and with his protagonist’s fear of being exposed to the ugly/beautiful poetry of death, it’s also the last time his songwriting displayed any such emotional resistance. 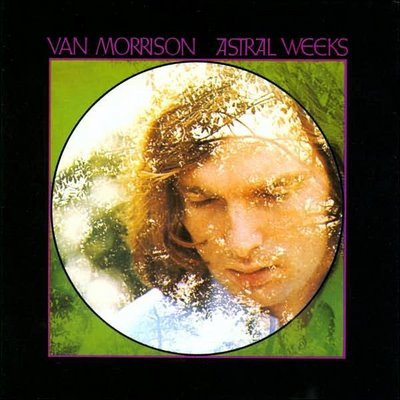 No two people hear Astral Weeks the same, and nobody hears it the same way twice. It exists in its own locality, girdled by city streets and crooked pathways that serve very specific but unclear functions. It’s acropolis and backcountry, metropolitan and agrarian, hungry for experience and in search of rest. You could divide it between innocence and experience as William Blake does, but that’s too easy because each informs the other, neither is too distant a memory or a forecast.

Legends persist about the making of Astral Weeks and don’t fully agree. Unanimously accepted is that Morrison gave light direction to the musicians and recorded his parts in relative isolation. The core included jazz bassist Richard Lewis, drummer Connie Kay of the Modern Jazz Quartet and other musicians connected with the New York jazz scene. Morrison had composed the songs as far back as 1966. Astonishingly, neither the recordings nor the composition were necessarily envisaged as part of one piece. Morrison predictably would claim that the lyrics were originally just poems he’d written up.

However it came together, it’s a mystic document, centered at the exact moment when the joy of youthful discovery pries open the onset of less user-friendly truths. I waver as to whether it’s a song cycle: Structurally it’s set up that way, but it feels more like a passage than a roundabout. The first side (“In the Beginning”) is a rush of elation and intimacy, disarming skepticism and measuring each moment that passes, even as Morrison will be “satisfied not to read between the lines” (“Sweet Thing”). In the title track he emerges from the meaningless competition of the schoolyard to embrace the risk of growing up, losing himself in the erotic and sensual experience of “Beside You” and “Sweet Thing.” As he comes upon “Cyprus Avenue” he sees the limitations of his abilities, cognizant of his emotion but unable to capitalize, primarily because his target’s 14 years old.

That Astral Weeks sounds as unified as it does is a miracle of its piecemeal approach. The lyrics contain mystery that not all can grasp, but the color is so rich that few would misunderstand where it’s headed. Lewis’ bass playing is unilaterally acclaimed as some of the best ever put on a pop record; that still feels like understatement – it’s the most irreplaceable bass performance in the chronicles of rock. The overdubbed strings rightly sound planted and nurtured, not pasted. Morrison invents something new with his singing: patient, ecstatic, certain that repetition and prayer will effect his desired outcome, and insistent upon its continued vitality when it fails. And no explanation of Astral Weeks will be enough. Like the best poetry it harbors a fertile sense of place, time and feel that’s nevertheless open to interpretation. Coming from an era of rock that’s been revered, accused, acclaimed as revolutionary and condemned as overrated, Astral Weeks dwells on a higher plane altogether as evolution and elevation. From here Morrison could go anywhere he wanted.