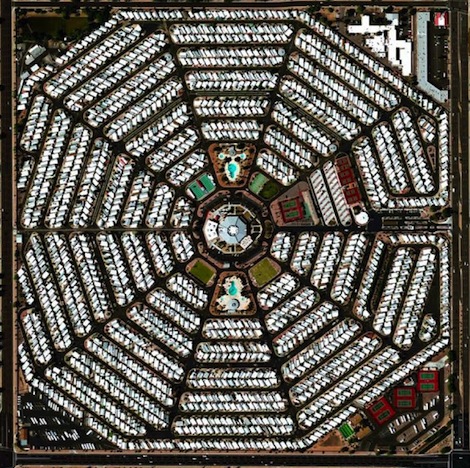 For any artist, creating work that rides the careful balance of pleasing old fans while venturing into uncharted, fulfilling creative spaces becomes tricky two decades into their career. When you’re a band like Modest Mouse, with an ever-evolving rotation of contributors guided by the pessimistic-yet-hopeful sneer of frontman Isaac Brock, that balance becomes even more complicated. As one of the band’s founders (and their sole consistent member), the pressure is on Brock to make the difference between genre-bending indie rock and the literary-minded opuses they’re capable of cranking out when at their best. Regardless of the supporting players, it’s that grouchy juxtaposition of narrative and philosophical musing that make or break a Modest Mouse record.

That’s not to say that this particular cast of players isn’t notable. Founding drummer Jeremiah Green and multi-instrumentalist Tom Peloso are still along for the ride, but long-time bassist Eric Judy is out (replaced by Russell Higbee), along with Joe Plummer and Johnny Marr (who both helped shape the sound of 2007’s We Were Dead Before The Ship Sank). Filling that void on Strangers To Ourselves are two newcomers: Guitarist Jim Fairchild (ex-Grandaddy) and violinist/keyboardist Lisa Molinaro of duo Talkdemonic, who are also signed to Brock’s Glacial Pace label. The way this shift alters the band’s modus operandi is subtle compared to the band’s jump from The Moon & Antarctica to Good News for People Who Love Bad News, but still large enough to make an impact. Fairchild’s space-rock-influenced style gives certain moments here ambient overtones, while Molinaro’s talents on the viola keep the band connected to their early roots as an eclectic, if more stripped-down indie rock act. And as this new round of players dive into it, Strangers To Ourselves tends to find the band switching between gorgeous, meditative pieces (the title track, “Coyotes,” “Of Course We Know”) and party-ready, often funky rock tunes (“Lampshades on Fire,” “The Ground Walks, with Time in a Box,” “The Best Room”), interrupted with the occasional oddball departure (“Pistol (A. Cunanan, Miami FL. 1996)”, “God is an Indian and You’re an Asshole”).

There are obvious standouts throughout the record’s hour-long run. The tender fragility of “Ansel” deals with the unpredictable nature of death, while “Shit In Your Cut” and “Coyotes” follow suit by offering reflections on the awkward hypocrisy humans (and humanity) often showcase. On the latter, Brock’s hushed utterances of “Mankind’s behaving like some serial killer/ Giant ol’ Monster afraid of some sharks” feel almost like an oversight, as if they could be prefaced with a casual “Oh yeah, I almost forgot to tell you.” This candid sort of musing about life’s pitfalls is nothing new for Brock or Modest Mouse, but there’s a more universal sort of cynicism this time around. Brock’s doubts and pessimism have aged with him over the past 20 years, soaring to a level that far exceeds commentary on disappointment with those nearest to him. In a line like “How lucky we are/ that we are so easy/ so easy to forget/ How often we become/susceptible to regret/ I do regret” (from the self-titled opener) is delivered almost entirely without Brock’s signature snark, and is all the more menacing for its tangible sincerity.

In this greater thematic context, even some of the record’s less impressive moments gain greater virtue. “Lampshades On Fire” is, on its own, too similar to older singles “Float On” and “Dashboard” to make much of a splash, but its “apocalypse party” themes help to set the stage for some of the record’s bigger moments. Likewise, the awkward “Pistol (A. Cunanan, Miami FL. 1996)” — which sounds a bit like Brock’s take on a Ke$ha song and reads off like a list of mundane sins by a traveling business man — gains much more traction when the subtitle is taken into account. By referencing the name of a serial killer and the year prior to his murder spree, Brock is perhaps questioning the mundanity of those venial sins: Are the wrongs humanity commits just a pit stop on the way to something truly horrifying?

At the same time, to quote “Lampshades On Fire,” “this is how it’s always gone, this is how it’s gonna go,” and Brock isn’t always entirely convincing in making us believe things are as bad as he says they are. That’s to say that Strangers to Ourselves works, but not quite to the level of the band’s most revered masterpieces. Still, it’s good to have Modest Mouse back, and with a sequel album already in the works, Strangers to Ourselves is not a bad welcome-home party — even if it is an apocalypse party.