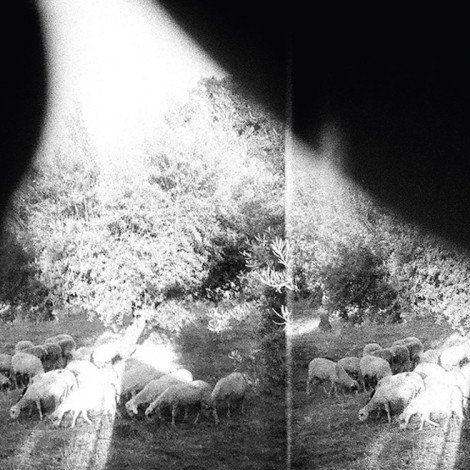 For a band that goes out of its way to evade publicity and avoids participating in press cycles, Godspeed You! Black Emperor stole the spotlight in spectacular fashion in 2013. Still riding high on a wave of acclaim from the previous year’s ALLELUJAH! DON’T BEND! ASCEND! — their first new album in a decade — the group hit the well-earned, if expected milestone of winning that year’s Polaris Music Prize in Canada. The problem: They didn’t actually want that moment in the spotlight, though they did express appreciation for the gesture, and instead of keeping the cash award, donated it to a charity that benefited music programs in Quebec prisons. They criticized the opulence in a time of austerity, and turned a victory into a commentary on class. As crucial as having a musical outlet is to GY!BE, the approval of others is entirely inconsequential.

Godspeed You! Black Emperor has always been a band who let the music speak for itself — who spoke in passionate musical passages rather than in interviews — so to be given the platform to speak about serving the cause of “righteous music” put the Montreal collective in a strange position. Even when their music has featured spoken voices — like that of the narrator in “The Dead Flag Blues” or a street preacher or the intercom voice in a gas station — it’s always served as atmosphere, rather than a window into any kind of message or manifesto. No matter how political their statements outside of the music, Godspeed You! Black Emperor’s recordings are left open-ended, driven by the pure emotion of the music rather than by any explicit vocalizations.

Asunder, Sweet and Other Distress is no different. Remarkably concise by the group’s standards at 40 minutes long, Asunder takes a similar formula to that of its predecessor — two epics meet two drones — and restructures it into bookending climaxes, separated by a slowly moving fog of ambiance and feedback. In a sense, the album is, thematically, like a much shorter version of Stanley Kubrick’s 2001: A Space Odyssey, with the noisy opening piece “Peasantry or ‘Light! Inside of Light!” bashing primate bones with a Zeppelin-style combination of stomp, swagger, guitar heroism and apocalyptic eeriness. It’s pure thunder and bombast, and a particularly chaotic brand of it at that, with guitars squealing and shrieking toward a melodic, albeit more sedate end.

As Godspeed You! Black Emperor carry this beastly triumph of a song toward its descent and eventual defeat, it gives way to a nebulous, backfeeding nothingness. And thus, the album transitions into the oblivion of death and the vastness of space on the droning, bass-heavy buzz of “Lambs’ Breath.” There is a light to “Asunder, Sweet,” however, as if to bring the cycle back from death into light again, slowly emerging from some great beyond and converging in chaotic beauty. And once that energy is given form, shape and fleshy corporeality, it transforms into an awe-inspiring monolith of post-rock majesty on “Piss Crowns Are Trebled.” It’s one of the noisiest songs in Godspeed’s catalog, though one they’ve been hinting at for a while. And yet it becomes utterly gorgeous once it becomes fully formed, with melancholy strings taking over where bass and guitar thrums reigned, and a shoegaze-like second half taking this cycle of life and death out on the album’s highest note.

Whatever message there is to be gleaned from Asunder, Sweet, it’s far from an explicit one, though the destroy/rebuild motif that’s most readily present is one that universally resonates. It’s not so much that Godspeed You! Black Emperor ask more questions than offer answers, it’s that they evoke concepts rather than write editorials. They’re a political band, perhaps, but they don’t write protest songs by any identifiable means. It’s music that needs to be felt to succeed, and Asunder, Sweet and Other Distress is both emotionally charged and emotionally demanding music. Whether it provokes you to action is another story entirely, but feeling something isn’t optional.

Red Sparowes – The Fear Is Excruciating, But Therein Lies the Answer