Welcome back to the Treble World Tour, a series of Top 10s covering albums that best represent certain locations—cities, states, territories, even entire nations. We consider representative releases on three levels: they were made by artists from a place, they contain music about or inspired by the place, and/or they were made in that place. We’ve touched the theme of April showers elsewhere this month, and that might suggest we’d drop anchor on a Top 10 for soggy Seattle. But with that city’s extensive musical history, picking just 10 albums would be an exercise in injustice. So for now we’re heading about three hours north to our first Canadian locale: Vancouver, British Columbia. On top of about 47 inches of rain annually, Vancouver is weighed down by the image of a disaffected population and an infrastructure suffering from high housing prices, few transit options, and a troubled local art and bar scene. It’s so strange, then, that not only is it Hollywood North (with Canada’s second-largest film and TV industry behind Toronto) and a recent Olympic venue but it’s nurtured musicians, albums, and labels managing to either embrace its dank personality or shake it off altogether. Bad weather aside, the Couve is a beautiful city nestled in a gorgeous landscape, and our list of 10 essential albums is here to challenge the conventional wisdom that the town is no rock ‘n’ roll fun. 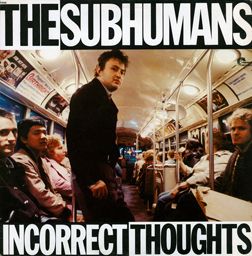 The ’80s brought us two punk bands by the name of Subhumans — one hailing from Wiltshire, UK and and another in Vancouver. The latter, founded first, was formed by four youngsters in ‘78, quick to pick up on the punk rock pulse quickly sweeping across the American and European underground. Going under the names Useless, Dimwit, Wimpy and Normal, the Vancouver Subhumans crafted a fast and brash hardcore reminiscent of Black Flag, but with a melodic, guitar-rock edge that brings to mind a young Hüsker Dü. While those may be big names to compare a relatively unknown quartet to, one listen to the band’s debut LP — Incorrect Thoughts — is more than enough to leave a listener wondering why this band didn’t gain the reputation of their southern peers. The intensity and pressure of a song like “The Big Picture,” which rivals the youthful nihilism of a then-young Henry Rollins, is not just palpable, it carries a stench that lingers long after the last chord is struck. Subhumans keep that attitude cranking for Incorrect Thoughts’ entire 14 song run. – ATB 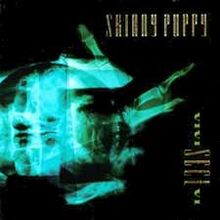 Electro-industrial pioneers Skinny Puppy were quick to invent their mad scientist blend of industrial chaos and Depeche Mode-referencing electro-pop, but VIVIsectVI is when they mastered it. Working closely with Dave Ogilvie (who would later produce for Nine Inch Nails, Marilyn Manson, Tool and Killing Joke), instrumentalists cEvin Key and Dwayne Goetell created maddening-yet-danceable compositions, which were taken to even further absurdity via Nivek Ogre’s raw vocal delivery and twisted sense of humor. VIVIsectVI might be tough on first time listeners, but it’s hard to argue with results. From the dizzying “VX Gas Attack” to the entrancing “Testure,” the record is dark and chaotic, yet oddly invigorating. Fans of harsh music take note: Without Skinny Puppy, it probably would have taken pop culture a lot longer to land on intense, blissful acts like Death Grips or even Chelsea Wolfe. – ATB 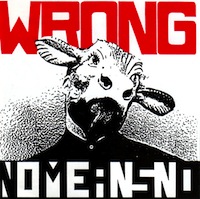 The conversation about North American post-hardcore usually points to two distinct places: Washington, D.C. (Jawbox, Fugazi, Nation of Ulysses) and Chicago (Shellac, The Jesus Lizard). The travelogue sometimes dips into California (Drive Like Jehu) and Washington (Unwound, Lync), but just a little north of the border, NoMeansNo broadcast some of the most punishing sounds in punk rock that VanCity has ever known. Hailing originally from Victoria, the snarky and dissonant trio shortly found their way over to Vancouver, which they’ve called home for the last few decades. And though their discography is robust, 1989’s Wrong is where their dynamic hit its peak, Rob Wright’s sledgehammer basslines guiding 12 immaculately ugly slabs of brawny punk as they slam into icebergs of wisdom, like, “There’s a very fine line between biding one’s time and wasting one’s time — know what I mean?” Maybe this is 50 minutes of your life you won’t get back, but those minutes are most certainly not wasted. – JT 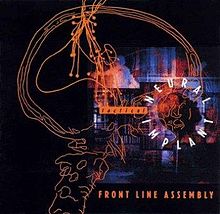 Bill Leeb was an early alumnus of Skinny Puppy, and once joined by fellow Vancouver rivethead Rhys Fulber they would eventually create a small army of dark electronic projects like Delerium, Intermix, Synæsthesia, and Fauxliage. But it was Front Line Assembly that was their nexus of activity together, the first that begat all others. This seventh FLA album—the second with Fulber and Leeb as a proper duo—is one of the finest moments in industrial music history, at least as it pertains to the genre’s accessibility as electronic body music (EBM). Tactical Neural Implant finessed Skinny Puppy’s eerie sampling, yelled poetics, and processed melodies and rhythms into dancefloor anthems and actual verse-chorus-verse songcraft. “Mindphaser” and “The Blade” are the album’s go-to tracks, but stick around for the angry throb of stuff like “Bio-Mechanic” and “Gun.” – AB 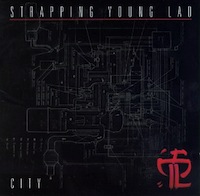 Strapping Young Lad, hailing from beautiful Vancouver, produced some of the most extreme, brutal metal of the late ’90s/early ’00s. Their sophomore album, City (not about Vancouver, but Los Angeles), is considered by many to be their magnum opus. Leim Sheils from Kerrang described the album by saying that listening to it was like “sticking your head into the jet nozzle of a Stealth Bomber.” Devin’s incredibly versatile vocals are layered with crunchy down-tuned guitars and Gene ‘The Atomic Clock’ Hoglan’s frighteningly fast drumming. From the furious, aggressive “All Hail The New Flesh” to the manic shifts of “Detox,” to the crushing grooves of “AAA,” City is a musical manic episode, complete with both moments of utter chaos and unexpected beauty. Yet, while it is intense and angry and emotional, it also somehow manages to not take itself too seriously. Proud Canadians Strapping Young Lad made a modern metal classic in City, and it is a worthy addition to any metalhead’s music collection. – TH 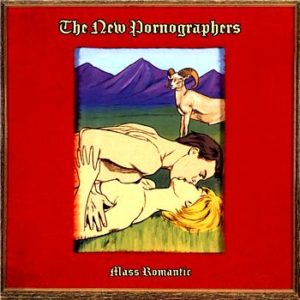 It’s true this indie-rock supergroup might not all reside in Vancouver, but that does happen to be where the majority of the bunch got their start in music. New Pornographers are an interesting case study in songwriting, tossing a handful of notable songwriters from a variety of genres to see what happens when they focus their efforts on writing straightforward, extra-cathartic pop rock. While the band’s entire discography is more than worth a listener’s time, debut Mass Romantic still finds this experiment and in its most fresh and fulfilling state. Instrumentally, the effort is largely helmed by A.C. Newman (Superconductor, Zumpano) and Dan Bejar (Destroyer, Swan Lake), which gives the record a cohesive feel throughout its entire fourteen-track run. Add in a variety of other top-notch performers and vocals contributed by Newman, Bejar and none other than Neko Case (!), and you have yourself a nearly perfect 40 minutes of cynical, yet sensational, pop-rock bliss. – ATB 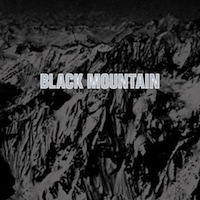 Stephen McBean is maybe a genius, definitely prolific, and possibly out of his mind. And last year’s Poison Everything by Obliterations and Get Back by Pink Mountaintops proved the best and worst of those qualities, respectively. But most of the time, McBean has not just time and good ideas on his side, but a powerful handle on writing a damn good tune. Black Mountain is certainly the most consistent of the Vancouver songwriter and musician’s many various projects, and its self-titled debut album stands as its towering achievement. That’s no easy feat, given how massive 2008’s In the Future is, but here the band walks a faded and acid-laced line between garage rock hooks and stoner rock thunder. Really, no two songs on the album are quite alike; Black Mountain eases into psychedelic funk on “Drugunaut” (nice Sleep reference), a folky campfire singalong on “No Satisfaction” and some badass riffage on “Don’t Run Our Hearts Around.” Metal purists might like to point to bands like Mastodon for welcoming indie fans into their precious kingdom, but Black Mountain might be the most effective gateway drug to heavy music of the last 10 years or so. – JT 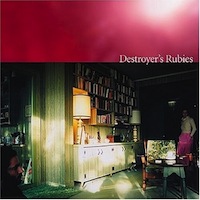 Dan Bejar is a songwriter with a penchant for lyrical detail so complex and rich with allusion to music, film and literature that he once inspired a very thorough wiki of citations and references. It has since died a death of a thousand spambots, but the many layers of elegance and eloquence of Destroyer’s Rubies are there to be pored over, whether it’s Bejar’s nod to “the hangman’s daughter” or her father, “the fucking maniac” (he is the hangman, after all). Rubies is Bejar’s grand performance as the poet laureate of Vancouver, though his catalog is an embarrassment of riches, to be sure. Here, his material runs a wide gamut, from the epic opulence of “Rubies,” to the hushed and haunting balladry of “Painter in Your Pocket” or the squealing guitar riffs of “3000 Flowers.” There’s argument for any number of Destroyer’s albums to be here, representing his fair city, be it the synth-heavy art-pop of Your Blues, or the silky sophisti-pop of Kaputt. But here, Bejar left every note ringing out to perfection, and every line impossibly clever. He made a masterpiece, the fucking maniac. – JT 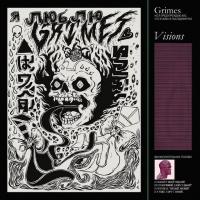 Claire Boucher does her hometown proud on a breakthrough album that merges the DIY desperation of Downtown Eastside with ladytronica that suggests, of all places, Tokyo’s Akihabara district. (Expedia seems to agree, using her big single “Genesis” to soundtrack a recent commercial set in Japan.) Her icy electronic funk and mousy soprano, often filtered to impossible heights, feel like they should be in videos with endless infantilized lip-syncing dancers on countless flat screens directed at infinite sidewalks and karaoke rooms. But beneath the sheen of work like “Oblivion” and “Vowels = Space and Time” are images and stories as grotesque as the cover art. Fleeting beauty, isolation, experiences with terrible men—as sonically sugarcoated as they are on Visions, Grimes’ sad themes are universal on both sides of the Pacific. – AB 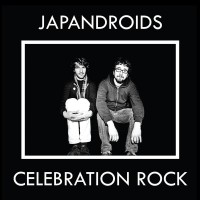 Japandroids do their city proud by pumping out track after track of climatic indie rock that combines an embracing, shoegaze-inspired wall of texture with hook-filled, anthemic songwriting that recalls the heyday of Springsteen-style heartland rock. It’s too early in the band’s career to tell, but Celebration Rock might just be their magnum opus. Its highs reach far into the sky and, despite the success of the band’s debut on Post-Nothing, Brian King and David Prowse blow that effort out of the water by taking a huge step up in songwriting quality. But what makes Celebration Rock a truly successful record is how honest and accessible it is. As a rock record, it kicks ass. But at its core it is an intimate affair, with its best moments showing more vulnerable potential in the college party anthem. These are songs about staying up late, partying hard, and growing up slow, but they also reach an almost spiritual height that an act like Andrew W.K. can never quite muster. As central as nightlife is to Celebration Rock, the party’s not really worth it if you don’t love the folks you’re surrounded by. – ATB