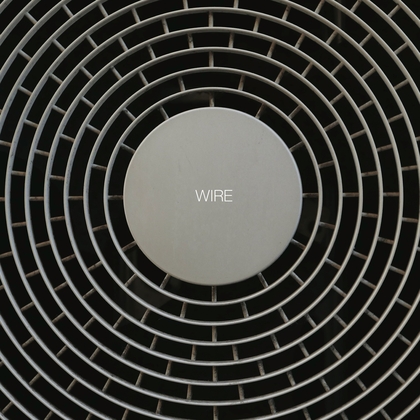 Wire’s influential Pink Flag arrived at the tail end of a loaded 1977. But that doesn’t really mean much now; the British band is probably never going to sound that raw or detached ever again. And though Wire frequently gets the “post-punk” genre tag, the only label the band ever needed was its own name. Few other bands are as uncompromising, and certainly not that’s been so stubbornly independent for almost 40 years. Wire has ignored trends and, basically, the rest of the music industry for generations, and that’s probably why it’s still alive and well. Some bands get old, mail it in, and play the hits. But Wire doesn’t really have any hits, per se, which has made for a unique creative longevity that most vets could only dream of.

Wire comes across as simple as the black and grey design on the cover of 15th album Wire, but stacking a circle of bricks like that most definitely takes some time and hard work. Wire is a soothing record, and may be the most straightforward set of recordings that the band has ever produced. Still, we’re talking about Wire here; it’s not accessible in the way that pop music is typically accessible. “The narrowest vision often has the widest appeal,” Colin Newman says in his signature affect-laden sing-speak on the seven-and-a-half minute centerpiece “Sleep-Walking.” Wire is not thin, but it’s certainly pleasing music that can be understood. “Sleep-Walking” revolves around a cellar-door-slam drum hit that Robert Grey may have not even recorded on an actual drum; the liner notes list a water bucket as one of Grey’s instruments. It’s a repetitive but atmospheric song, with a little guitar gleam. And since its pace is as slow as a sleepwalker, it will test the fans who prefer the spunkier Wire. That’s why “Joust & Jostle” is excellently placed as the following track, picking up the pace as needed.

Even though guitarist Matt Simms is not an original member of Wire — he joined for 2013’s Change Becomes Us — some credit needs to be given for instilling some creative ideas into the new album. He’s much younger than Newman, Grey and bassist Graham Lewis, but Newman has said that Simms is very much a part of wherever Wire is going. Simms now has his hands in everything except vocals and lyrics. And I must say that I would be hard pressed to find a smoother bass player in rock than Lewis. His quality is very welcoming, like floating on a wave. Also, kudos to Grey for being on his hi-hat like a full-time job; the sound of it is comparable to shaking maracas. Basically, we can nod our heads to the entirety of Wire, especially the final two tracks: “Octopus” opens with gnarly guitar strings as tiny squiggles and a little glitter starts to show, and “Harpooned” is the thunderous eight-minute closer, a total dirge of noisy guitar haze. When Newman lets out an extended “aaahhhh,” it’s well deserved.

Wire isn’t necessarily the band’s most accomplished album. That award would go to any of the first three — Pink Flag, Chairs Missing or 154. But Wire’s prolonged existence is amazing, and maybe slightly absurd when you take the last 40 years of music into context. Just go back and look at all of the prominent bands and artists that were around in 1977, and realize that most of them are now gone or way past their prime. And then look at Wire. They’re not only still kicking, but with new ideas — and good ones at that.

The Fall – Your Future Our Clutter